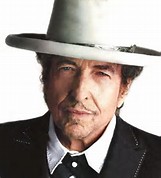 From Wikipedia - the second single released by Sir Rod from his Out of Order album in 1988. He wrote the song with two of his band members: guitarist Jim Cregan and keyboardist Kevin Savigar. The structure of the lyrics is very similar to a Dylan song of the same title. The two men agreed to participate in the ownership of the song and share Sir Rod’s royalties.
Both songs are about hopes and fears for their children. This Dylan verse might also suggest a recipe for ageing well, a preparation for inevitable change which is manageable.
May your hands always be busy
May your feet always be swift
May you have a strong foundation
When the winds of change shift

The Sir Rod version is easier on the ear and has been a favourite of mine since the 1990s.
Ageing has some benefits. You don’t have to look your best. You don’t have to speak, but when you do, you have permission to say more or less what you like. I’ve had a lifetime of saying the wrong things and it’s no better now. If your friends and relatives are still talking to you, they might fondly regard you as a grump (or in my case a legend - maybe). You might then have some wisdom to pass on if anyone is still listening.

This is a personal blog. I'm not selling anything other than myself - an inept older person who thinks he can write a bit. Use the search to find what you want. There are humorous senior moments, older role models and a plea for us all to stay mentally and physically active. Garden glimpses, family matters, from the archive, publishing/writing, sports, and my notebook. Otherwise the world is our limpet.

There is also a writing archive which needs some work - watch this space.