Shallilo visits some of his younger days. Is Anfield an Inspiration or what? 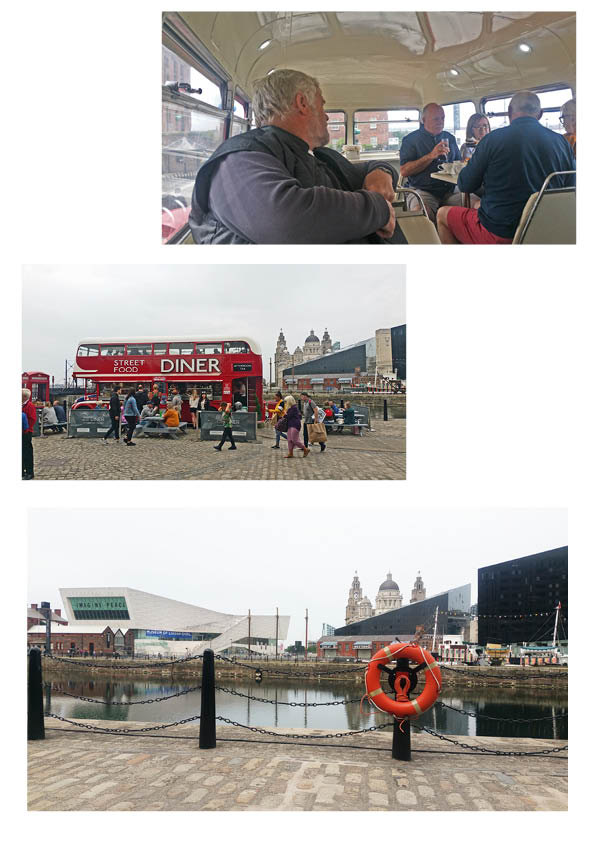 Magic weekend 2019, Anfield, home of Liverpool FC. We caught the 9.47am Greenfield train, change Staleybridge and Manchester Victoria. Alighting at Staley, I couldn't see our next move until I glimpsed way in the distance, the shuttle to Victoria. The guard took pity as we raced? under the tracks and we made it, just. Pete then had an attack of something and fell asleep. Seemed okay when he woke up.
Found the bus to Anfield, so walked in the opposite direction to Pierhead for refreshment. Albert Dock is great to look at, expensive to buy anything - £5.70 for a pint of Peroni. We had one. Wetherspoons next, but 60 minutes to wait for food. So to the double-decker, fish fingers and skinny fries - good enough. Pete was quite taken with the afternoon tea.
The Three Graces and the Museum of Liverpool.
Back to the bus station and our metro cards worked, hurray. 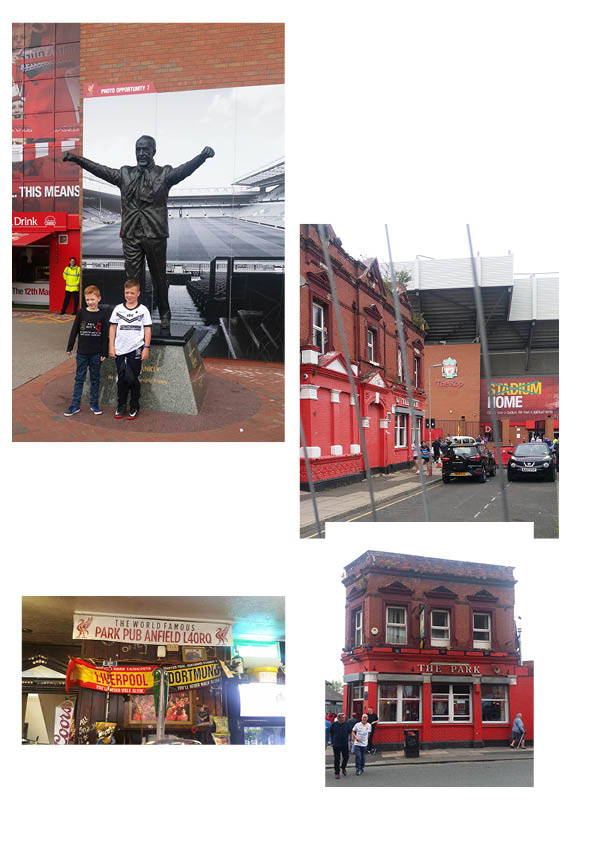 We were shaken by the tired and neglected estates that surround Anfield. The Park pub epitomised how we felt. Weeds on the roof, shabby interior, cages in the road - to keep us in or the Hull FC support out. Anfield is an oasis of luxury.
We met three Hull guys behind the cage who seemed harmless. Their weekend had been arranged by a pal from Ireland, who missed the ferry or the plane - very Irish. The main bar was going strong, twenty bare torsos, arms in the air, singing/shouting. Even the hardy Liverpool landlady looked a tad pale.
I used to play Sunday afternoon football with Shanks on waste ground up in Lindley somewhere. He was manager at Town before going to Liverpool. Denis Law was on his way.
We slaughtered Hull FC. Sat next to two Anfield season ticket holders from Widnes. Went to Barcelona and still coming back. We didn't discuss their RL team.
Home via Picadilly, arrive 8.30 pm. Long day, good result, steady on the beer. I went to the Kop a couple of times during the Liverpool days. St John, 'Rowdy' Yeats, Hunt, Smith. I was more into rugby by then. Anfield is some place. Even though it's a modern stadium it hits you in the gut - all their stories, our family stories and my stories - misty memories, a memorial. It's like getting bit and it never quite heals. 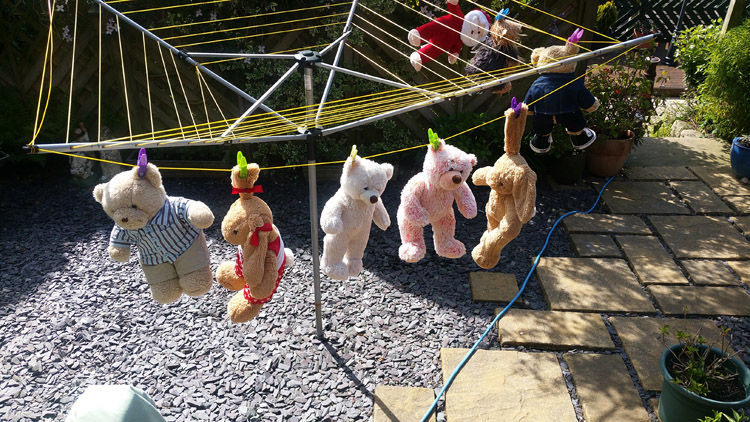 Teddies for the poorly children


What's that lurking in the long grass? 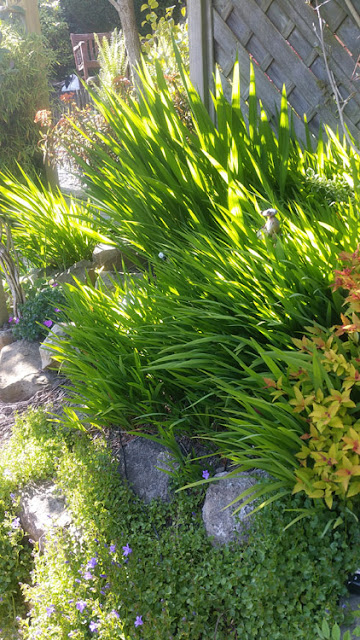 It's actually a toy meerkat

I am the youngest of this group at 72, which is not markedly contracting. There are stooping backs and the odd limp, but mostly looking well. Conversations centred on 'What are you doing now?' and a lot of the answers were about families. Second marriages, large numbers of children, stepchildren and grandchildren. Some challenges. Happiness too.

John 'chick' Clay and I sing with New Mill MVC. We mentioned this and the guy on my other side, from Burnley, talked about several choirs in which he had sung. He'd done the baritone solo in Faure's Requiem several times. One nil. Across the table, plum accent from down south, sang in three choirs, having recently left the LSO. Knock-out.

John Berry, who still looks 15, with a tummy, presented a quiz - a mix of school stories, local history and how good is daughter is. I didn't catch it all, but I gather she is something to do with the Green Party.

Thanks again for the organisation. I forgot my camera.
Posted by David Walker No comments:

Shallilo's images of The Northern Concert Choir at Sheffield Cathedral 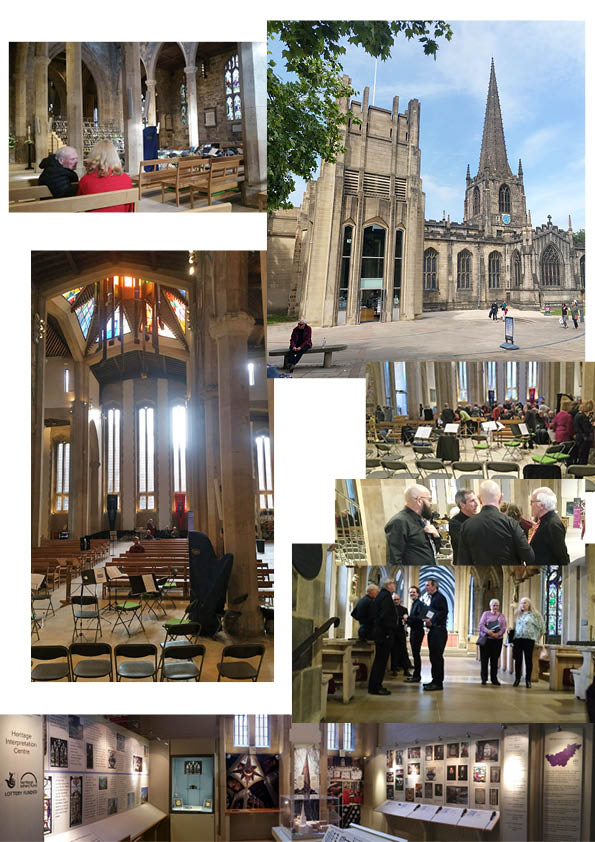 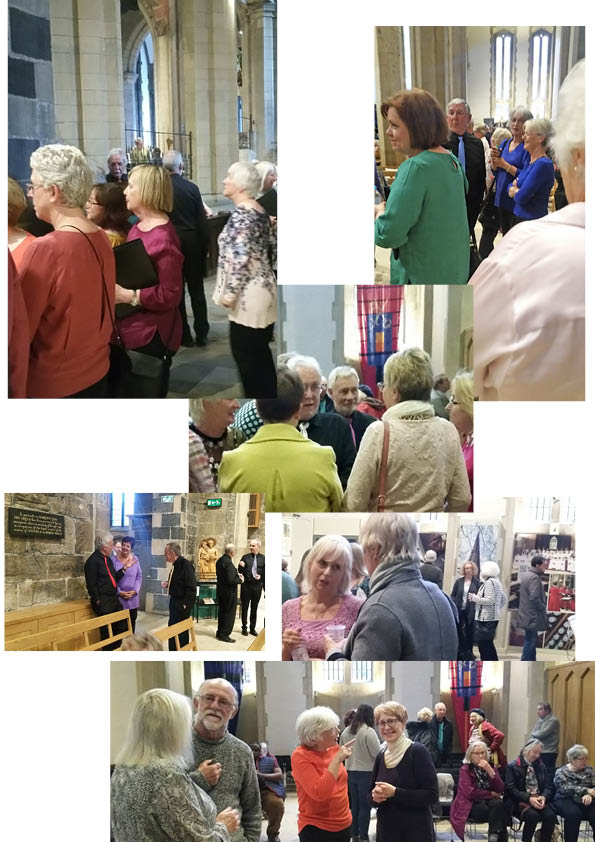 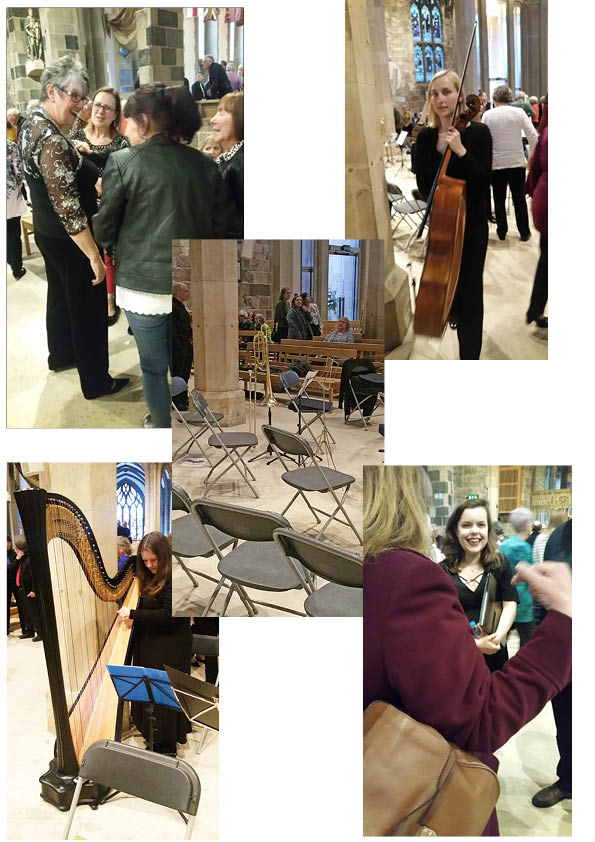