Just saw it - balcony with tent overlooking the pitch 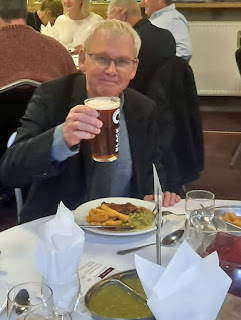 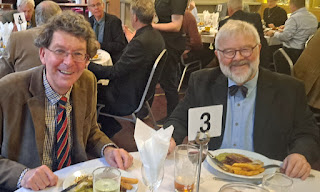 Email ThisBlogThis!Share to TwitterShare to FacebookShare to Pinterest
Labels: away day - London and Huddersfield RUFC 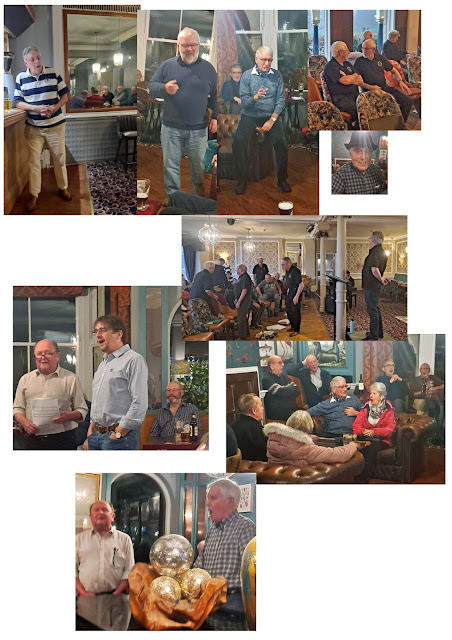 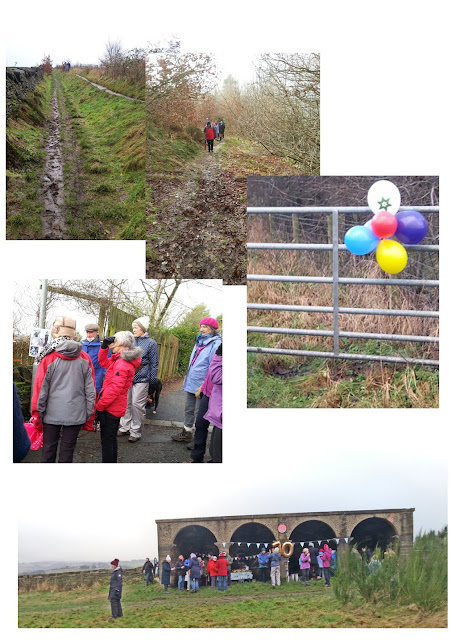 Email ThisBlogThis!Share to TwitterShare to FacebookShare to Pinterest
Labels: walks

Thom began his involvement with music at an early age, singing with Leeds Youth Opera Group and then Leeds Youth Chorale.  As a treble he sang many solo roles including the Shepherd Boy in Tosca (Opera North) and the boy soprano in George Crumb’s Ancient Voices of Children (Ballet Rambert).  He studied singing with Jean Allister and then Arthur Reckless at the Guildhall School of Music and Drama.  Thom graduated from Brasenose College, Oxford where he was awarded an Exhibition as conductor of the Chapel Choir (1985 - 1987). Following a PGCE qualification from the University of Leeds he taught music in schools including four years as Head of Music at Colne Valley High School, Huddersfield.

Thom’s career involvement with young musicians continued when he joined the staff of Kirklees Music School in 1999 as Assistant Principal.  He was appointed Principal in 2004 and has continued to champion the cause of young people’s music-making over many years.  Thom formed and is Musical Director of the Kirklees Youth Symphony Orchestra whose performances have included Rachmaninov 2nd Piano Concerto (with John Lill), Gershwin Rhapsody in Blue, Karl Jenkins The Armed Man - a mass for peace, Tchaikovsky Romeo and Juliet, Shostakovich Festival Overture and Bruch Violin Concerto No. 1.  In 2012 KYSO was selected to perform in the Schools Prom series in the Royal Albert Hall.

As Musical Director of Colne Valley Male Voice Choir, a post he has held since 1989, Thom has enabled the choir to achieve musical standards which have taken them to unrivalled levels of success.  They have twice won Llangollen International Eisteddfod.  In May 2007, they won the International Male Voice Choir competition at the Male Voice Choral Festival in Cornwall and returned this year to once again lift the trophy as well as winning the title of best overall UK choir at the festival.  The Colne Valley men are doing their bit to encourage male voice singers of the future and have created Colne Valley Boys a choir for young men of school age which is also proving to be a great success.

He also leads choral workshops for singers of all ages, teaches singing and arranges music for male, female, boys and mixed choirs, and orchestra.

KYSO, under the umbrella of Kirklees Music School, was founded in 2000.  Its aim is to provide high quality orchestral opportunities for the students in the area who have reached advanced standards of performance.  The Youth Orchestra embraces a variety of genres and styles, from classical to contemporary, film and popular, engaging in project work with other arts organisations and complementary groups.

In July this year KYSO will be touring northern Italy before moving on to perform in Disneyland, Paris. Over the past ten years similar tours have taken in Spain, the Czech Republic, Saltzburg and the South of France.  KYSO has successfully participated in the National Festival of Music for Youth, appearing at the Royal Festival Hall, London, Birmingham’s Symphony Hall and notably in the Royal Albert Hall in 2012 as part of the Schools’ Prom concert series.  In November this year they will once again be on stage at the Royal Albert Hall, this time they will be performing pieces from their acclaimed production of The Mighty Sky.  They will be joined by school choirs from Kirklees and musicians from the Midlands and the south east.

Auditions for places in the orchestra are held in the Summer term every year, for further details please visit the website www.kyso.org.uk

Christopher Pulleyn enjoys a busy and varied career as an accompanist, répétiteur, singer, and choral conductor. A graduate of York University, he now plays for a number of organisation around the North of England, providing piano accompaniment for a number of choirs and organisations, working with young talented instrumentalists at the start of their music career, to established West End Stars and Opera singers from around the world. He is an accompanist at Greenhead College 6th Form College, Leeds College of Music and Hull University, Assistant Musical Director of the Bradford Festival Choral Society, and a répétiteur with Opera North. He performs regularly in concerts and recitals both as an accompanist and a singer.

Resolution was a steam loco Jubilee 'namer' we saw regularly at Huddersfield station in the 1950s/60s. It was 'shedded' in W Yorkshire somewhere ? Farnley.
'firm decision to do or not to do something'
A tradition for New Year, despite failure for most. Perhaps a bit more or a bit less of this? 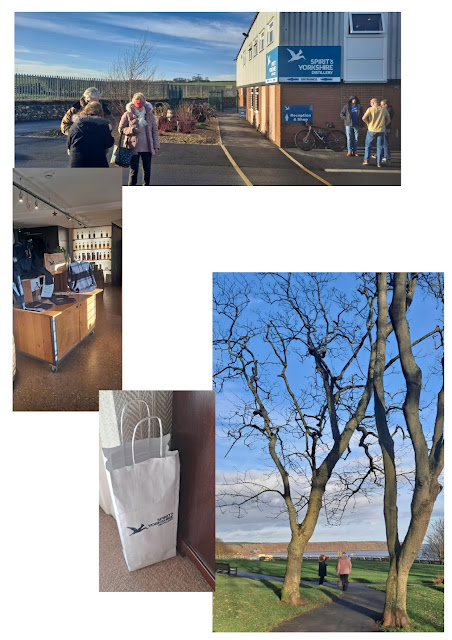 Hunmanby distillery and Filey Brigg.
Rachel Mann, Times, Jan 1st writes about psychological, physical and spiritual 'reset' - a bit like Lent. Hope and promise balanced with failure and an acceptance of failure. Films 'The Shark is Broken' and 'Jaws' apparently illustrate this for her. Former sounds like a hoot, principle actors getting bored and drunk as yet again the mechanical shark breaks down. Yet the final film beats the box office.
The new bird feeder gets a workout. 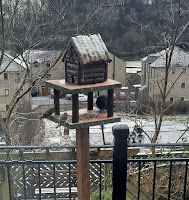 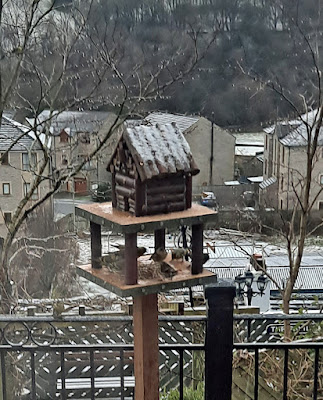