Casuals in their sixties 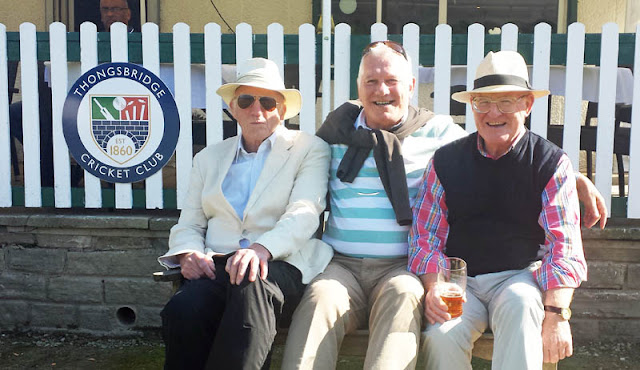 Nos's 40th birthday celebrations produced a gathering of former Almondbury Casuals, including these three who just about squeezed onto the bench in front of Thongsbridge CC pavilion: Dave Walker, Greg Smith and Sam Stier.
The Casuals were formed in the 1950s and played friendly Sunday cricket until quite recently when players began to find other things to do with their time. A sad end to an institution which gave a lot of people a lot of pleasure.
Posted by David Walker