Shallilo listens to a fairground organ, but no one else seemed inspired 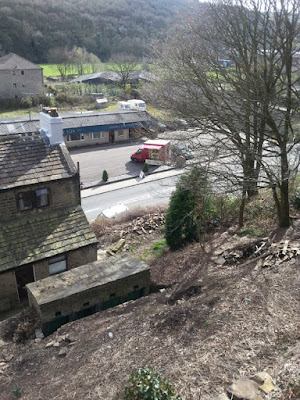 As a supplement to the Birks car park fairground organ post, I recently brought it up at 'boules' coffee. I am blessed to be a regular invitee to the 'Moorbottom boules group' hosted by Ann and David Talboys. We meet Friday afternoons, so the coffee is a tad late for me, but I don't drink tea. I could drink water, and I used to, but my palpitations have now settled - OMG this is trivia.

Interesting the use of the word group for a sporting organisation. Add it to all those TV cliches. 'We talked about it in the group' 'the group is going well' ' we have a good group here'. A proper group consists of three guitarists, a drummer and a lead singer. They lurk in the back of dark rooms, youth clubs and church socials. As in the Strangers, personnel based at King James, who were everywhere in the 60s  - Tahiti 2 and Dalton St Pauls to name a couple of their venues. The singer wore a mauve mohair suit, not to sing in obviously. Really cool, or I thought so. Does anyone remember the UV lighting in the night club? We were all covered in fluff. 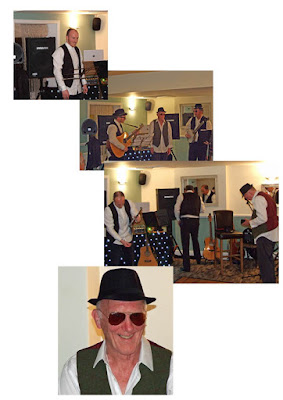 Back to the boules group. The ladies were concerned about the image of me sunbathing on my top deck. They were not reassured by my assertion that I was fully clothed. Nor my claim to have changed shape in the last year. I stopped digging. 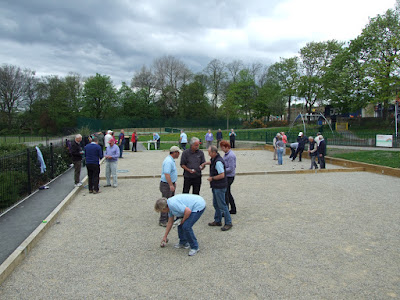 The fairground organ got lost in the rush.
Posted by David Walker