SHALLILO - FOREVER YOUNG
Older people can remain active and thoughtful and have the potential to grow. There are many role models. Mistakes happen, often hilarious. Join me on an ageing trip to places and moments.
GO HOME TO START 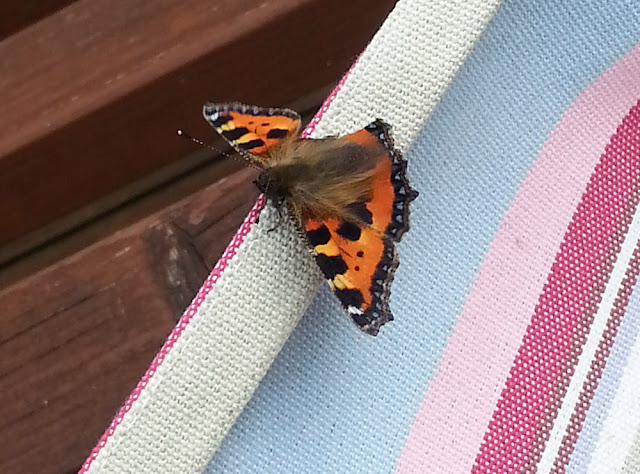 It is my habit to attend Pilates at the Holmfirth Civic Hall each Thursday morning. Depending on time, a scruffy neck-hole and the contents of our fridge, I variously call for a haircut and take in the butcher on the bridge.
This week I walked down early, there was a central empty chair at the sparsely decorated barber and I'm in. "What is it today?" asked a lad in T-shirt and shorts who didn't look much older than my grandson. "A number 4 please." Usually, after the sheet throttling and the unveiling of the clippers, the question is "What are you up to this afternoon." For me, hopelessly disorganised with lack of focus, this question simply muddles me up even further. But it didn't happen today. First of all we got onto the clippers. A tall bald tenor colleague in New Mill Choir has a great barber. It's himself - machine and a number 1, every fortnight. He's persuaded me to buy one. So I mentioned this and fair enough the lad gave me a tutorial on what size was a number 4. I told him I had wimped out. I must have a go, maybe in a couple of weeks. Could be senior moment waiting to happen.
Then my older brother became the topic. He has recovered remarkably from chemo and radiotherapy, except that his hair has regrown curly. The lad was as pleased as punch - and it was genuine. We skirted around the detail and both flanking twosomes went quiet. We finished with how old he was - 19. "Your frontal cortex hasn't grown yet. You're barmy at that age. Brilliant." Whatever possessed me to come out with that, GOK, and it was his turn to go quiet.
All that in five minutes. £5 for a haircut and a chat.

Then it was a dozen of Yorkshire's finest sausage and two juicy gammon steaks. The butcher I generally see tends to continue wielding his sharp knife, wearing whites, back facing the customer, speaking toward the interior wall, so I am usually served by a lady assistant who is in her prime. Today there was a second butcher who maybe has a closer association with the serving lady than the first. They both helped me out, particularly when I ordered an additional family-sized pork pie.
"Have you seen the latest on vegan diets?" I asked.
"You mean they get more strokes?" said the butcher. I nodded and smiled. I failed to mention that it was an observational study and did not imply cause and effect.
"Whatever happened to a balanced diet?" he wondered. Precisely.
"Everything in moderation," said the lady assistant.
They looked at each other and smiled. She added "I'll be having a few drinks tonight, it's my birthday."
I wished her well. Didn't ask her age. The pork pie was wonderful.

Stretched and a bit sore, I walked back from the Civic, and having crossed the road, noted a familiar battered campervan in the traffic queuing for the village junction lights - not an inconsiderable distance, such is the daily congestion. Tom Ashworth's. He is a member of a hard core from the choir that sets the world to rights over coffee every Thursday morning. I sauntered up to the passenger door and simply stared. Tom eventually flinched. He featured in a recent blog and wanted to add something. "I tried to put something in about aesthetics, but failed," he told me at choir practice. I'm happy not to moderate my blog, but these computers have minds of their own. The traffic wasn't moving, so I thought I'd mention I'd now added his words in. He moved across to open the passenger door - the window mechanism seemed defunct - and I began explaining what I had done as the car in front began to move. I crashed the door shut and Tom tried to get his tank into gear, not without difficulty.
No matter, such is the daily congestion that I soon caught up with him and we tried again. I managed to get most of what I wanted to say said before more movement, followed by Tom's laboured efforts to get his motor going. We didn't try again, though we could have.
No horns, no other signs of road rage. Fellow motorists simply put up with two old farts trying to chat through a wide open van door in the middle of a traffic jam.

Two consultations and a staff meeting. All serious stuff, yet also weird if not frankly comic.

David Walker
I was a medic. Started in the universities, researching and taking exams. Moved to the NHS as physician and geriatrician. Finished as a private occupational health doctor with the W Yorks Fire Service. I have always tried to keep fit, through sports, running and gym membership. Writing and singing began in the 1990s, publishing followed. Now as an older person can I pass on some tips on how to live an active life in old age? Clic themes below or go to home page to choose topics.