Why do we do things?

Roderick Strange, great name for a vicar, is at it again in Credo. Times December 14th 2019. His ordination is coming up 50 years - what made him want to be a priest? Not a mystical sense of vocation. More what he ought to do - obligation, duty and correctness. As a boy, teenager, young man where would these notions have come from? Intention and imagination come into the discussion. An aim/plan or the action of forming new ideas, images and concepts. Rod tells us that the former was behind his obligation, 'the ever deepening desire, that guides us'. It still is.
Rod and his colleagues have a tendency to use language I don't understand. So I can only reply with my own memories of wanting to be a medic. We were all socialists in those days - 1950s, 1960s. Going to change the world, tax the rich, abolish public school and so on, the whole nine yards as they say in America. I think we had a strong sense of injustice - life chances were dictated by family wealth. 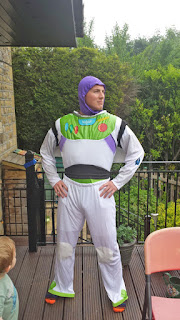 Our family had nowt. Mum was a shop assistant and dad a bookkeeper. Dad despised the trappings of the financial elite - cars, golf clubs, big houses and the like. Two things followed. Despite issues with wealth, he had aspirations and was canny with money. Second he instilled this in older brother and myself. You had to get on. Passing the eleven plus and the 1944 Education Act gave us a lift up. There was a lot of conflict within the family, because I kept getting distracted from 'getting on' until I entered the sixth form at a boys' grammar school and became intellectually committed to biology, physics and chemistry. Teaching and medicine were the two outlets. Other than visiting my gp I had no experience of medicine, but I was aware doctors were better than the likes of us. Remote and mysterious like Denis Compton or the Royal Family. That was for me. So I chose 'seeking fame and fortune' - a mix of intent and imagination. I knew I had to have a plan of qualifications and I also had plenty of ideas of what kind of position I was going to occupy in society. But not much of a vocation beyond a misty unclear notion of saving lives which was a vague fit with socialism.
I am not sure where Rod got his obligations from, but he is honest and straight, so maybe a bright religious family. I'm pretty sure where mine came from - sitting on my dad's knee. I did get a small sense of vocation eventually, something my pal Eric insists I have, but the majority of my commitment was pretty selfish. Each patient's problem became a puzzle to solve. I enjoyed that and maybe I was helpful as well.
Rod describes two of his jobs and the joy he experienced in both. I had four as a junior, two as a consultant and four when I returned to work after illness when it had become a job and definitely not a joy. Selfish again - we had to finance my son's pilot training - thanks to W Yorkshire Fire and Rescue where I finished my medical life in 2011 as Brigade MO. Bags of admiration for the guys on the front line.
My son as buzz lightyear. He likes the good things in life.