It's Christmas, I think - stay active 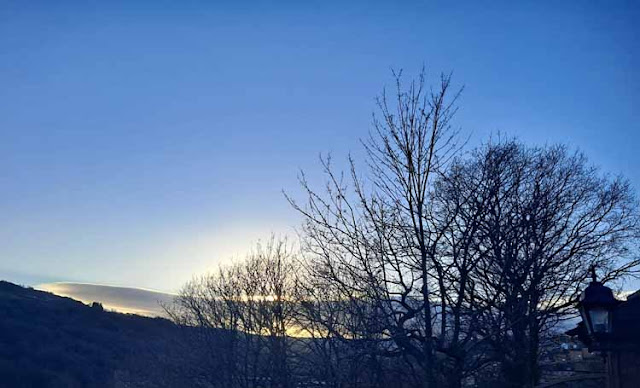 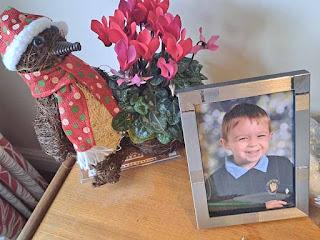 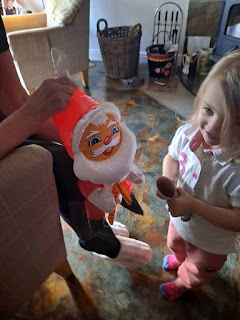 And I have a new phone - recycled and so far it works.
Because of the pandemic, I have not been given a gp surgery appointment for an ear irrigation, formerly known as syringing. So an olive oil drop twice a week each ear. I recommend it.
Christmas messages
Thank you to everyone who has sent us seasonal words, greetings and best wishes.
I was a medic, but I've also made a good living as a grouch. Yes, I wish everyone well. I'm in awe of all those guys who have had to deal with difficulties over and above the pandemic, such as bereavements, medical events and associated interventions, especially if delayed. Respect.
Maybe the vaccines will be the answer. In the meantime, 'Don't Let the Covid in.' I'll spare you the musical version.
Brass Plays Christmas
Hade Edge at Compos

The other grandad
A bird enthusiast and podcaster.

New Mill Male Voice Choir
Being a grouch, I'm not an enthusiastic Christmas lover. I don't go to church, so it's a winter break and feast for me which should last 2 days not 2 months. Easter is another and I'm a sort of fan of Lent with the theme of renewal. Lambs are nice and I can apologise to everyone.
On the other hand New Mill's 3 Christmas concerts are A-listed in the calendar, whether you go for the music or not. The 2017 schedule was as follows: 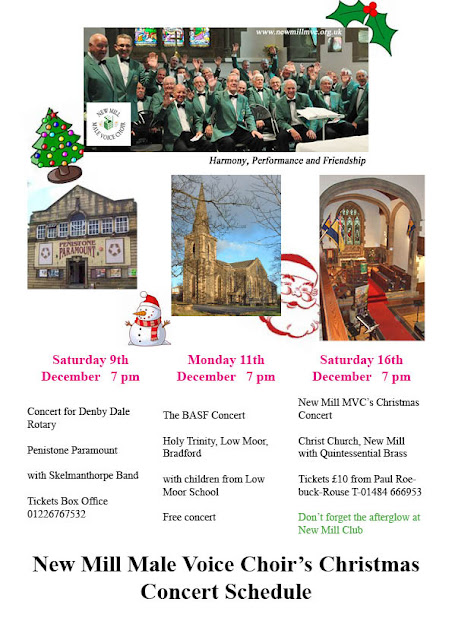 We could all use an afterglow
Rhythm of Life
Even a grouch has a sense of the seasons. I am researching my nineteenth century ancestors which is proving both a bit of a chore and a joy. And I am not going any further back. My great great great grandfather was a hand-loom weaver and his daughter-in-law's father (confusing) was one too and a farmer, which was normal then. Cowrakes, Lindley around the time of Waterloo (1815).
So, only 2-3 generations from agricultural life, before industrialisation got underway. Nothing changed in those days. The population was static, no one went anywhere. The landowners ruled and my ancestors did as they were told. Or, did they? The W. Riding hand-loom weavers were a stroppy independent lot, up in the hills. Lindley would have been remote then. I guess places like the Holme Valley would be typical.
So, it's in the genes, hurray. As is the sense of the seasons. Back then time was measured in seasons. The rhythms were slow, except when they were rioting or playing that unregulated game of ball accompanied by shin-poising. Honley versus Shat would have been a bloodbath. Also in the genes.
So, in the later nineteenth century, when the factories were in full steam and the hand-loom weavers had been put out of business, how did we measure time? Easy, more money and leisure, the football, rugby and cricket seasons. When the daffs arrive, and the lambs. I knew it was the end of summer when Friday night saw mum and dad packing a suitcase. Saturday a Hanson's bus to a holiday camp in Scarborough for a week. Back to school and start again.
Be safe and happy.
Posted by David Walker