Early Christmas present from the NHS - the other NHS. This has been deleted by the childbride on the grounds of being an insult to all those brilliant people who are trying to save lives.

Garden - moment for a sit

The other granddad is a dab hand with the birding. So I went for a Simon Barnes' sit. 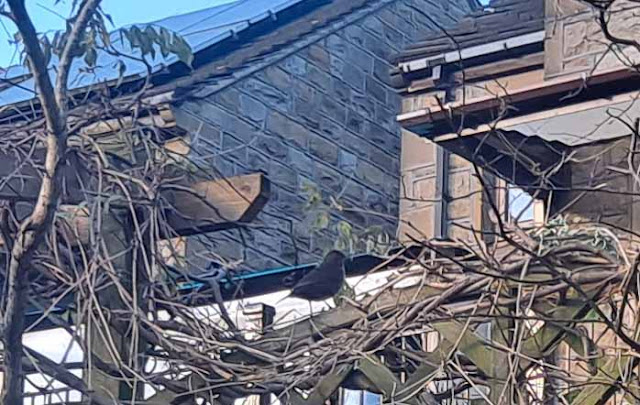 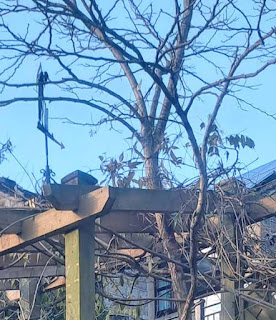 The one that got away
I've got a lot to learn 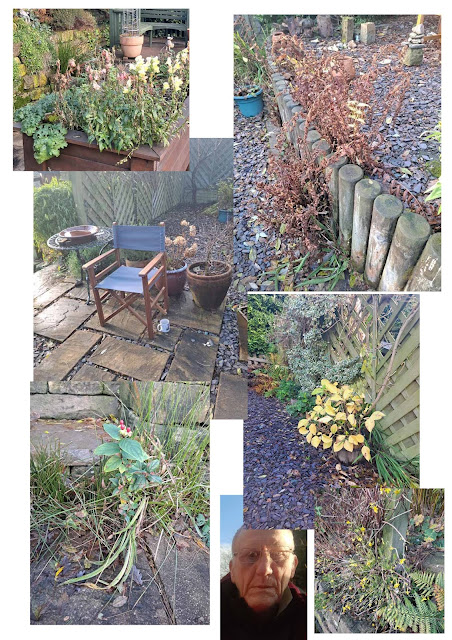 Sitting again - December garden colours
The beds appear saturated. The bushes limp. Limited colour, new and old. Take care down the steps. I haven't cleared the leaves which can be slimy. It's cold, not simply temperature, but a state of mind. Wetness means cold. The 'Kop' on the deck has open flaps which are guarded by sheets. They absorb water and prevent wet soaking the 'Kop' contents. Thanks to the short infrequent sunny mornings, drainage and drying are permitted. Watch out for the steps on your way to the tenter field.
The 'Kop' is a converted pub smoking area. Four legs, roof frame, green canopy and four cream sides. The name is S. African, but we've pinched it from Anfield. It contains our summer gear - al fresco dining and BBQ - and all-year-round beer-fridge. And anything else we haven't got room for including the cricketers who lurk, anxious for next season. I have an Indian batter recruit who needs a paint job.
There is a hut at the bottom of the garden, beyond wood pergola and fence, overlooking the funeral parlour. Damp and protected by carpet which also needs frequent drainage. I dreamed of writing best sellers in glorious isolation. It's not going to happen. Just my family story and the blog. It contains chairs, desk, nearly knackered laptop, books, heater and weights.
The pool is down there. A wood half-barrel. There are frogs which look ungainly but survive somehow and birds which sing and dive. A bench seat, rescued from Storthes Hall. An arbour.
There are several places to sit. I haven't done them all, content with two. A director's chair no less. Amateur bins and camera. 20 minutes is my maximum in the cold wet afternoons.
Awayday - Winscar 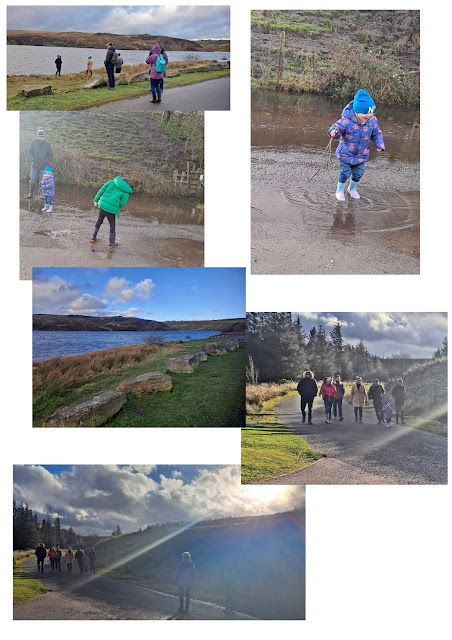 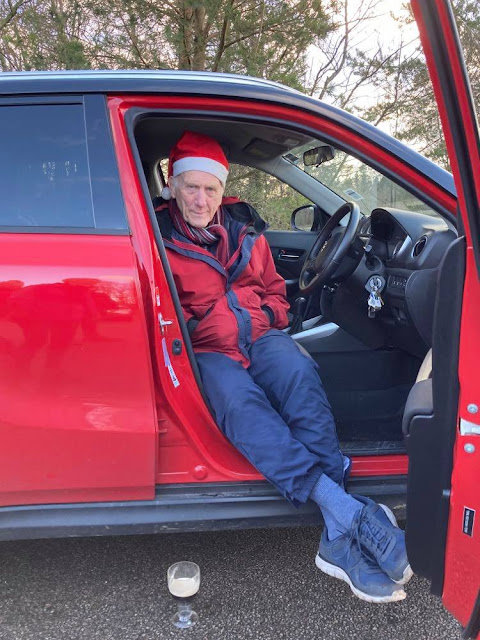 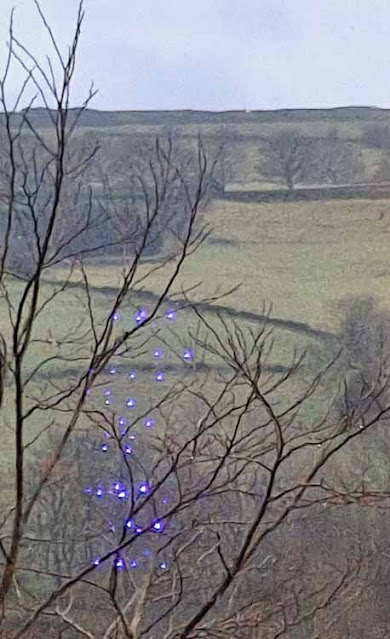 winter solstice
So there's new strain of Covid in town - Covid 19b maybe. No surprise. Every cell everywhere is reproducing themselves all the time. Loads of incorrect copies which don't survive. There is a chance that one copy which is wrong might however convey an advantage and survive. Bugger.
Next on the agenda will be vaccine escape. Then it will be like 'flu. New vaccines every year.
Interviewed on the wireless. Two youngsters with severely disfigured faces. New leases and commentless lives from wearing masks.
Also interviewed. British scientists being disarmingly frank. They have adapted to the need for speed. Publishing quickly online. Minimal peer review. Climbing down from British superiority - had to replicate European research when they should have simply accepted. Science and scientists are not in charge. Need to be humble, explain uncertainty, be more open, share with public. Graphs easily mislead, share again.
Huge bureaucracy, especially with funding. Easily bogged down rather than facilitate quick research.
Wow!
PS
Anyone see Idris and Macca? Did they overdo the shared working class origins? Otherwise great.
Signing off until 2021.