In praise of walking: a head-to-head between walking for fitness and walking for the joy of the wild.

Walking on the menu

For 1.5 million years, our hunter-gatherer ancestors walked and ran regularly in packs, tracking and killing lunch. Fatigue was not an option. Coming out of the trees, walking on two legs must be good for something and we can still do it. Farming did follow but not for a long time.

Simon Barnes, Rewild Yourself, suggests we have lost some of the old skills, particularly recognising the sights and sounds of birds - on the African savannah don’t follow oxpeppers, they’re grooming a predator, not seriously - it’s an example. He mentions the importance of peripheral vision. Invaluable on the savannah. Apparently there is a separate neural pathway which is easy to lose, in alzheimer’s for instance. One of the reasons he says for falling over in old age.

Walking instead of medication

It’s Peta Bee again, Feb 19th, Times newspaper. Health benefits are the most talked and written about. Short diversion, not an ageing question, but how do you prepare Lily James to be Pamela Anderson? Carefully, at least to start with. Personal trainer, Matt Baron, used a mixture of machines, free weights and resistance bands.

And what else? Matt says walking is - ‘the most underrated calorie-burner’. Anna Maxted, Telegraph, 1st march, tells us middle aged and elderly people need to walk briskly for 150 minutes per week (5x 30 mins). That is if you are not doing anything else like rowing, marathons, peleton. And, all this effort is wasted if you sit about the rest of the day. So mobilise regularly every hour for 10 minutes. It’s not compulsory, merely advisory.

It’s mix and match. You can get a gizmo that does the maths or, like me, do a guestimate, or really like me, don’t bother. Get a programme that suits and do it regularly. I’m always ‘work in progress.’

Kingsley Amis couldn’t see the point of giving up something in order to spend his last two years in a nursing home. We might however be able to get more into our later lives if we avoid hypertension, diabetes and obesity. It is also claimed that keeping physically fit will help grow new neural pathways. A hedge against falling with dementia maybe? 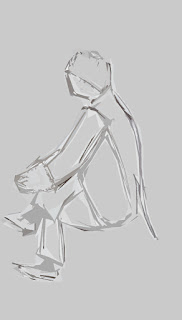 Walking, not only ‘the most underrated calorie-burner', but Matt also says it’s de-stressing, a bonus strong meditative element. One foot at a time. Sounds, smells and sights, including peripheral vision. In the moment. Breathing depends on the effort. But you might want to stop as well. Simon in contrast suggests it’s all very well going for a run with phones in your ears, but getting out there in whatever shape or form is more a sharing with nature. And yes it’s good for you. Not just physically. Don’t go out walking and running just for your health. My experience suggests fitness and meditation can go together - top end of breathing to maintain pace (is this the anaerobic threshold?), the mind tends to be empty.

Simon is a devotee of sitting in nature. Don’t forget a plastic bag to keep a dry bum and a pair of bins. Initially it maybe to spot something. Eventually, being on a wild sit is enough.

The current recommendation is 12000 steps a day (was 10000). Equivalent to 6 miles, 5-600 calories and 1lb body fat per week, depending on speed, terrain and incline. NHS sources suggest most Britons average 3-4000 steps per day.

So, how to calculate all the daily action? There are step tables for example,

Paul Morley, in his book, The North, writes of his youth discovering the streets of Reddish, near Stockport, near Manchester. ‘It was a fine place to walk, because whichever way you headed, there was always something to see ... a paving stone, a lamp post or shop window ... I became an explorer of corrugated iron, drainpipes and gutters ... and I have never learned to drive, preferring always the walking, and reverie ...' He’s not talking Manchester Town Hall, super though it is. He seems to get as much from towns as Simon does from nature.

post script  ‘My grandad started walking five miles a day when he was 60. Now he’s 97 years old and we have no clue where he is.’

‘I walk around like everything is fine. But deep down inside my shoe, my sock is sliding off.’ Perfect for me.

Email ThisBlogThis!Share to TwitterShare to FacebookShare to Pinterest
Labels: older people can still be active