This must have been our fourth or fifth visit since 2005 when we did our round-Ireland cruise.
The Irish people are amazingly friendly. You go in a pub and there will be a bloke sat there. "How are you?" "Where you from?" They've all worked in Halifax or Sheffield or somesuch. Either that or they have family in England somewhere.
They don't do bus queues. They stand around until it arrives and converge simultaneously at the driver. You can choose to be annoyed, or just suck it up. An Irish guy described it as the scattered queue.
Like the rest of Ireland, loads of history. Medieval especially, detailed in the museum. Otherwise a succession of invasions - Vikings, Normans, Cromwell - topped off by the famine. There were several wealthy merchant families in the 15th-17th centuries. Anglo-Normans in the main. Taken over during the Cromwell era and restored by Charles.

The Long Walk and Quay St 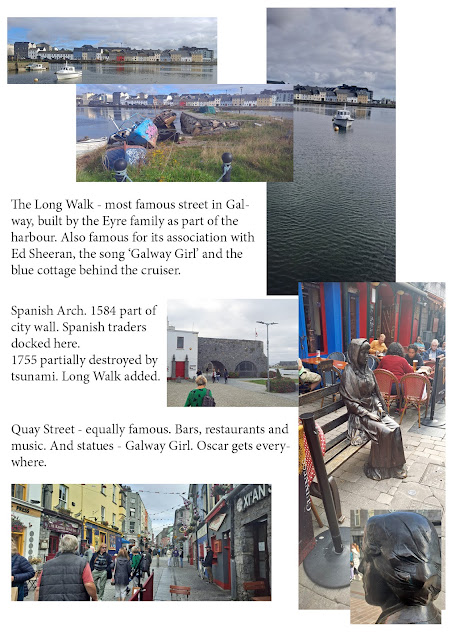 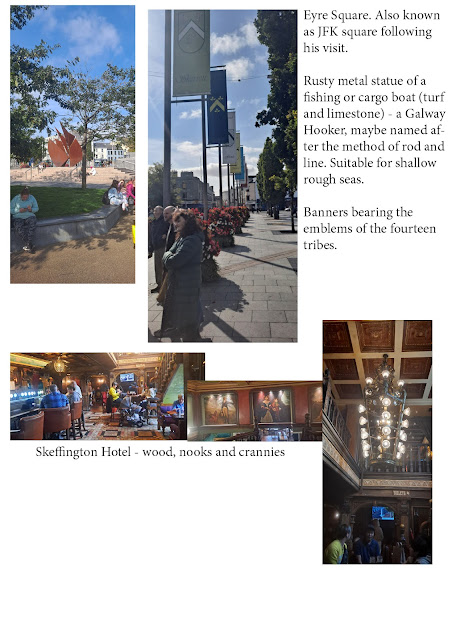 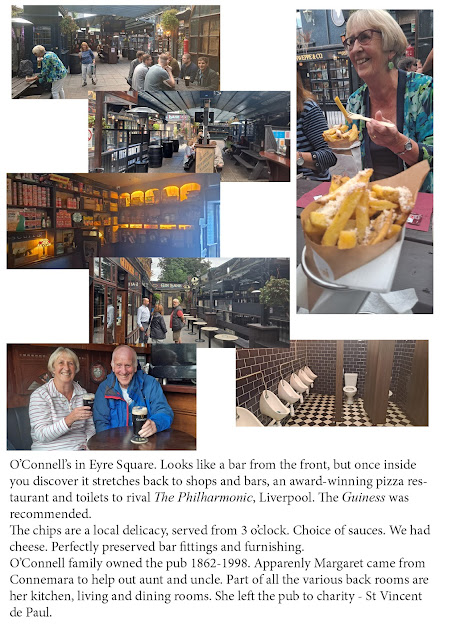 The barman took us on a tour of the back of the pub. I guess he was simply proud to work there. He was visiting Liverpool soon and he said for us to go buy sandwiches and bring them back to the bar. 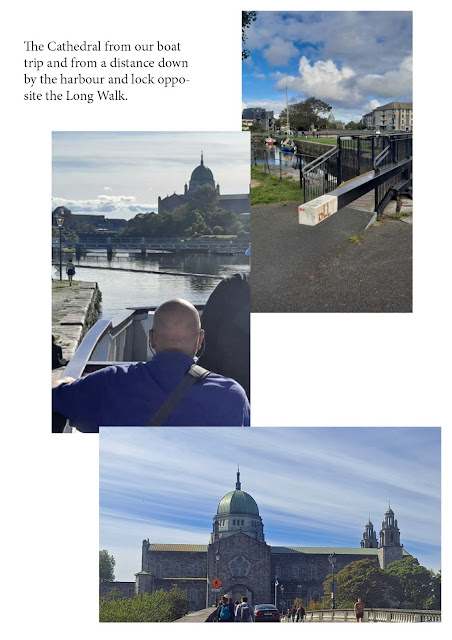 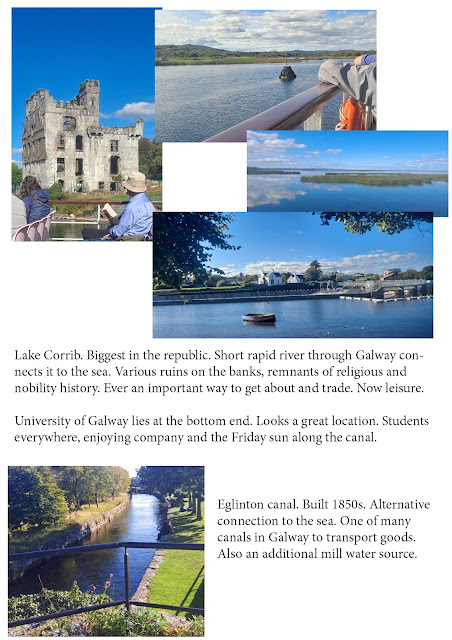 The Burren; Cliffs of Moher 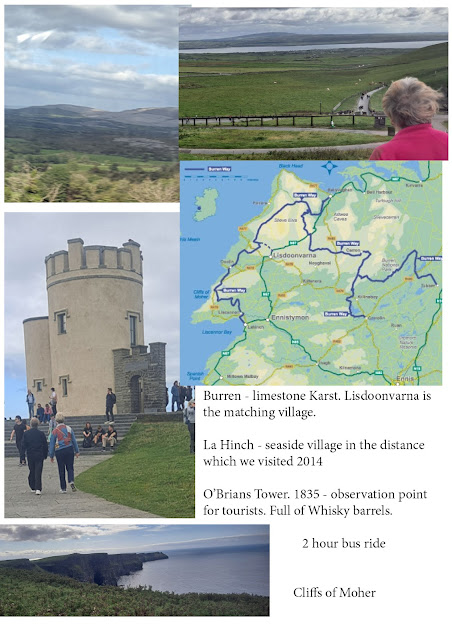 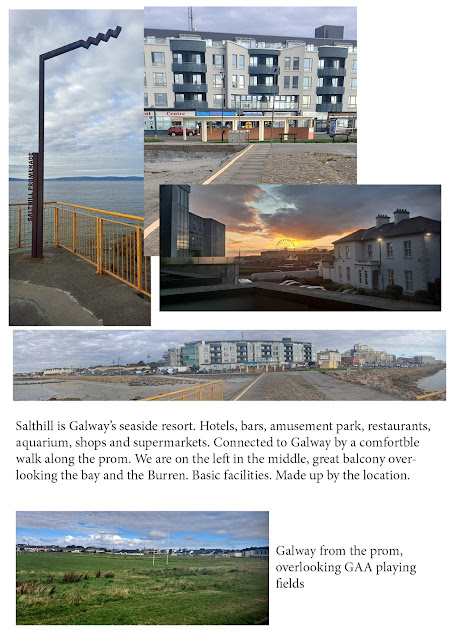 Lots of open water swimmers.
Lots of traffic.
'Chippy' which did a fair attempt at one of our traditional dishes.
The view from the prom beyond the GAA is of Claddagh, a 5th century fishing village. Translates as 'the shore' and famous for the Claddagh ring, for loyalty (crown), love (heart) and friendship (clasped hands). 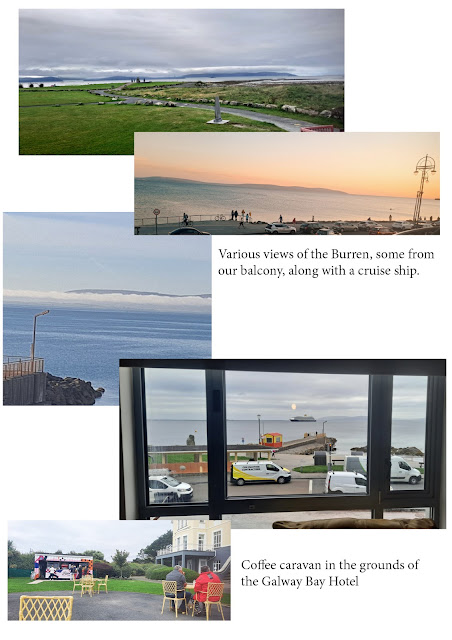 I don't need to say we had a great time.
Posted by David Walker

Email ThisBlogThis!Share to TwitterShare to FacebookShare to Pinterest
Labels: away - Galway