We have gone to Scarborough or Filey every year since we were first aware of going on holiday. The childbride's family and friends had a cottage and we went to holiday camps. Now the childbride's parental flat.
Two trips this autumn. September, we went on our own to start with - make sure everything was shipshape. Then Judith, an old friend, and family, daughter Liz and granddaughter Jaz. October was Andrew and girlfriend.
Craig, the piano-playing window cleaner came. Said it was 5 years since he last did the windows. Wanted his video deleting from Utube but the choir loves it too much.
Went to a Motown night at the spa. 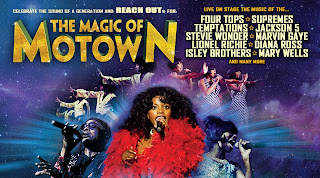 3 girls, 4 men. Glitter.
Music a bit edgy. Some of the pieces sounded the same.
Pick - 'Heard it on the Grapevine', 'Endless Love'.
There was a 'seafest' down on the harbour (eating, drinking and shanties). It rained us off. Several festivals during the season. The beer's good. 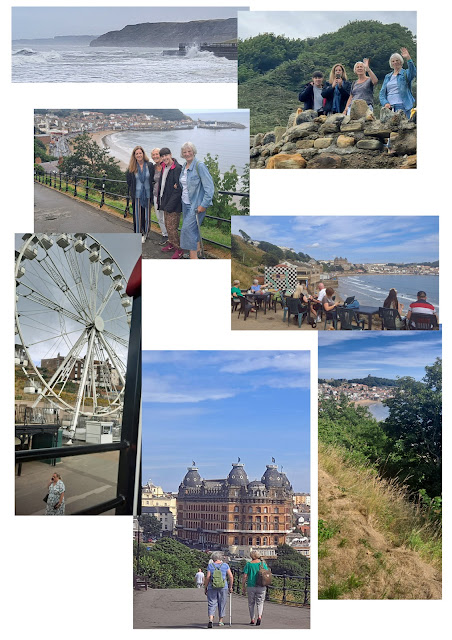 The Altrincham team's first visit Scarborough. Apart from Judith who is a veteran. The others had not been. Stroll to the beach via The Grand, a short taste of waves and weather at high tide.
The wheel has now gone for the winter.
We cannot miss out a trip to The Clock cafe. Coffee certainly. Judith is pointing to the harbourish. 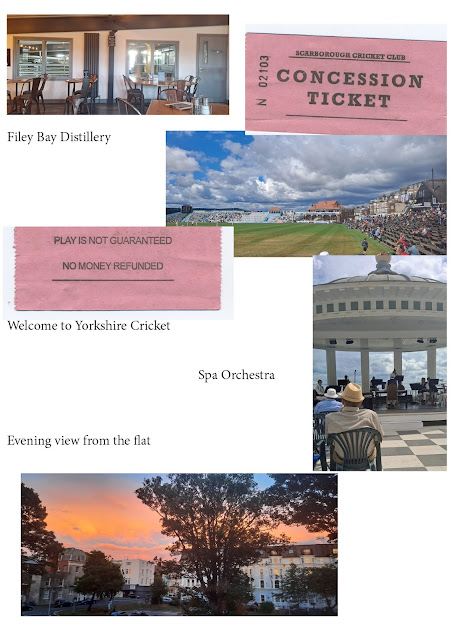 The distillery cafe does great breakfasts. There are tours, but we've not done one yet. It is located in Hunmanby village where the childbride's parents lived before Scarborough. The equipment is just visible through the window.
The flat is on the first floor and overlooks Albion Square which is a car park. Otherwise street parking which most people are good at.
Good day at the cricket with a drop in to the North Riding for pints of Citra. Having established my accent, a bloke asked me who I supported. Not impressed with Thongsbridge. He was Scholes, Holmfirth. Met him on Albion Rd the following morning.
Yorkshire have been relegated - management, culture, staff in meltdown - goodness knows the outcome.
The Spa orchestra thrives. Eight concerts per week including a Sunday family show - Teddy Bear's Picnic.
October - Flamingoland 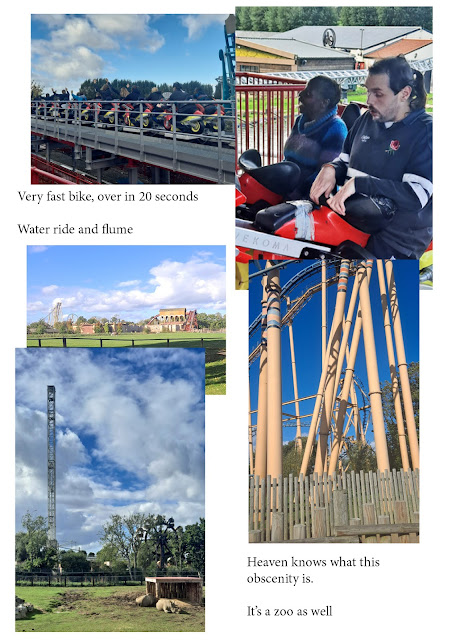 Introducing Fiona whose mother lives in Jamaica.  The zoo is massive. Though tickets are pricey, the zoo is nearly worth the fee on its own. The rides are not for us. So we did 'carers' tickets. Special 'q'. Andrew and Fiona had to sit at the back. Not for long - Andrew didn't want to seem special or have a safe seat. Negotiated back to regular. 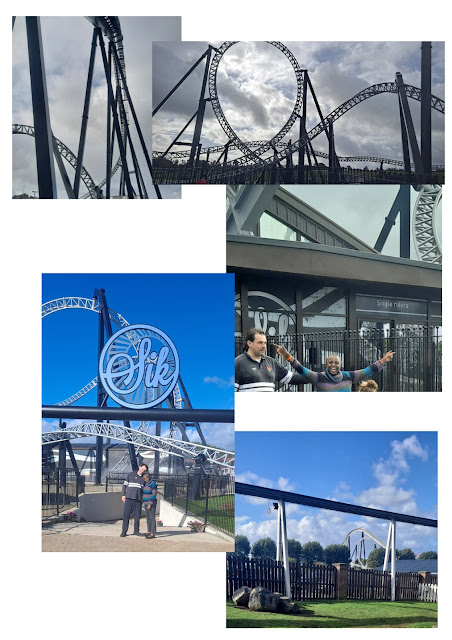 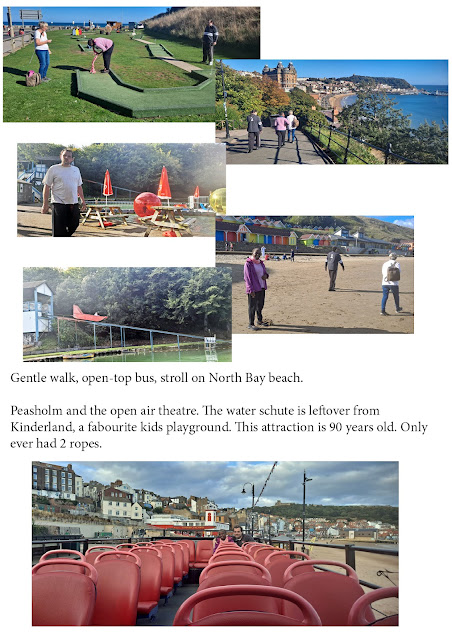 So we survived. The weather throughout was great.
The typing on the pictures can be variable. Scarborough is a favourite. Fiona wants to go again.
Posted by David Walker

Email ThisBlogThis!Share to TwitterShare to FacebookShare to Pinterest
Labels: Away - Scarborough