first published winter 2006 as part of the choir magazine's regular singer profile feature
Born 21.7.1938
David tells me he sits on the second row of the basses, next to John Rotchell and Clive Hetherington. Clearly a row of literary giants. 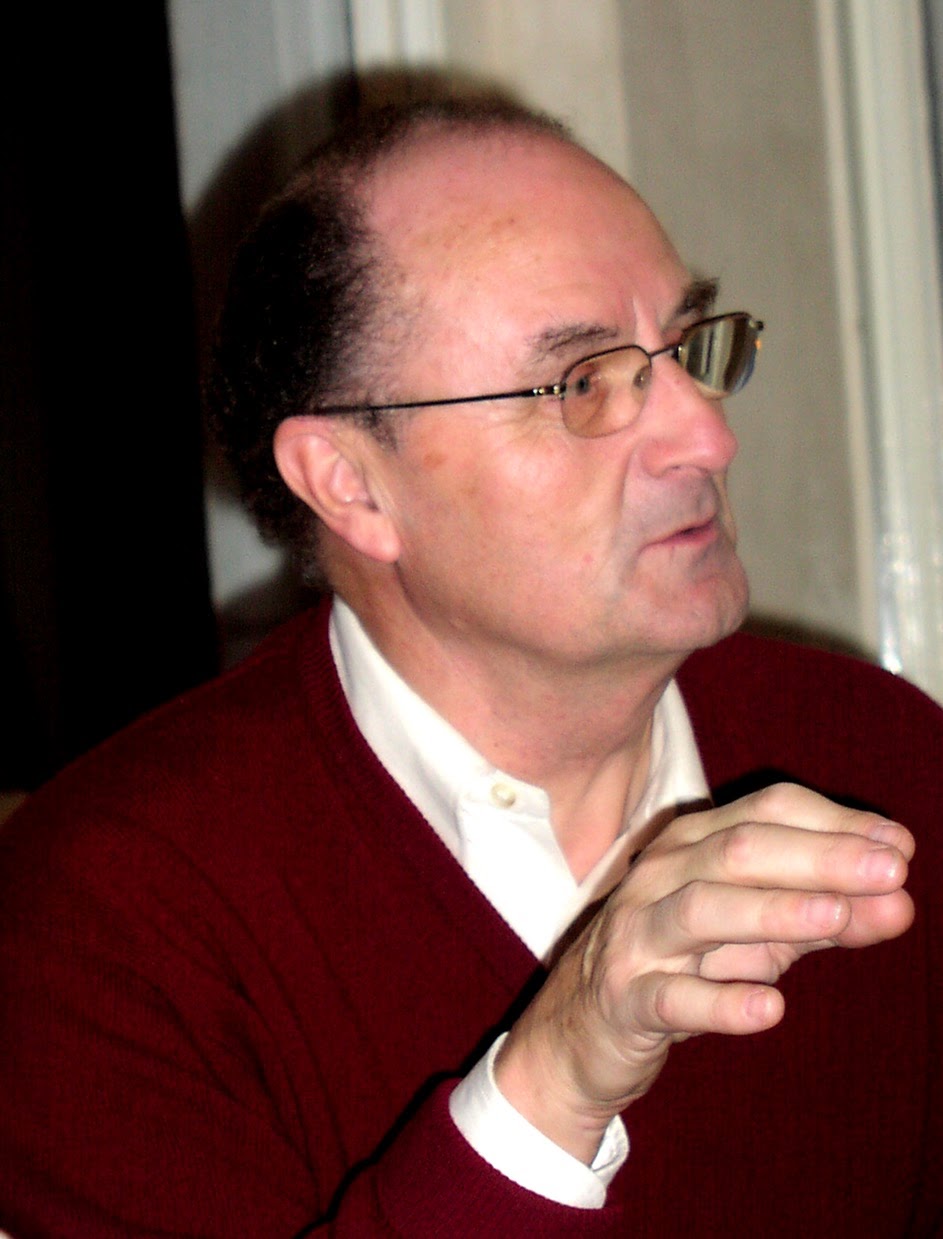 His early influences were as you’d expect – parents, relatives, school masters, church and youth club. In and amongst there was cycling, tennis, table tennis, golf, running, model making and jazz. Of these, golf, the church and singing remain and uniquely, I imagine, he is still in touch with a particularly influential school master. After school it was a higher education in science – an external London University degree in maths, physics and chemistry. Then the world of work. Over 2 years with Thomas De La Rue banknote, stamp and security printers before moving to Allied Colloids where he’s been into dyestuffs, plastics, printing inks, paints, water treatment, paper manufacture, agriculture, superabsorbent polymers, oil industries. Finally, he worked in new ventures – 35 years in total.
In 1963 he married Ann. Three boys came along – Richard (graphic designer), Ian (golf professional) and Adam. Adam died of leukaemia aged 5. Now it’s grandparenting and DIY, golf, politics and holidays, committee choir work, gardening and walking. He’s clear about their order.
He loves making music when voices of different registers, if controlled properly, make great sounds. He enjoys choir camaraderie and describes his vision of the choir as carrying on regardless.

Can I add a couple of things? First, the dry way he takes the mickey out of us when we ask daft questions about why, where, who and what we have to do to get to a concert on time. Second, he’s made the Bui Doi solo his. Who needs Willard?
Dave died 31.12.2013
During the choir weekend away, January 2014, Steve Davis paid a tribute. A stalwart and very important to the basses as a mentor to new members. He sat with them and helped them through that tricky first month or so. Steve was fortunate to stand next to him in concert. David was spot on, not always the case for some of the other, larger basses that have sung with the choir in the past. He will be missed.