A weekend at Silver Ridge, site of Steve and Hazel's van all those years ago. Clic for 1974 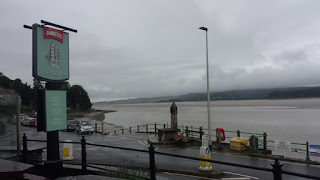 Wet and grey Arneside. An excellent lunch and happy memories at The Albion. 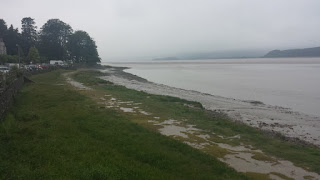 We waited for the bore after the air raid warning. It never came. Apparently it only arrives once a month. 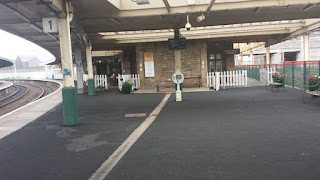 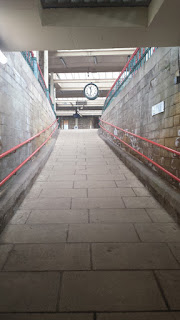 Carnforth Station
The New Inn at Yealand Conyers was shut. Stuart Woodhead's brother lived at Warton and they use to go. Hartley's brewery and great beer. The owner, Colonel Hartley, lived across the road. Shut because no one went in. For goodness sake - it had turned into a Robinson's. 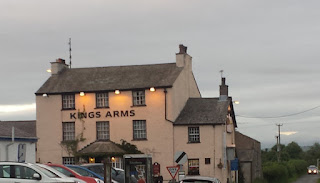 The King's Arms we remembered as being just down the road from Silver Ridge caravan site. It's a bit further than that. We had Amanda and Andrew with us one visit, before they were married. We suggested they go off by their two selves. No, joined in with us like an old married couple. I went with Steve once, a walking holiday. We ate steak canadiennes here by the bucket load. 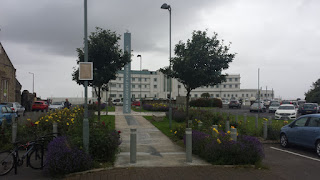 Art Deco Midland Hotel in Morecambe.
No beach. Tired and broken down rides and arcades. Ripped off at Frankie and Benny's for lunch. Afternoon in the park near the golf course. Putting, crazy golf, ice-creams and entertainment from Frecklington Brass Band. Got lost on the way home. Finished at Beetham where a single chicken was holding up traffic. 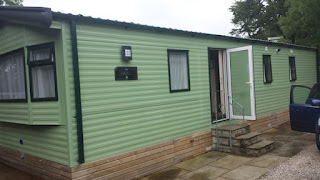 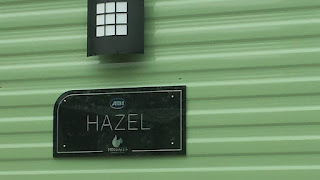 Our caravan was called Hazel. We had forgotten just how tight it is to turn round apart from the lounge. 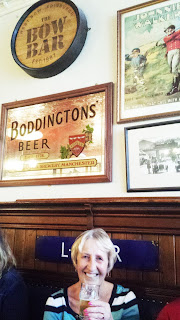 Edinburgh. The apartment was even tighter than the caravan. Good central location but did we really need it? Crossing the road was dangerous and you get use to Fire and Rescue sirens every half hour. 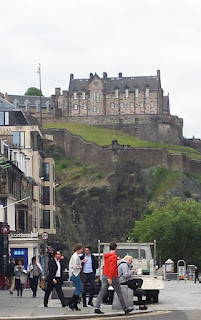 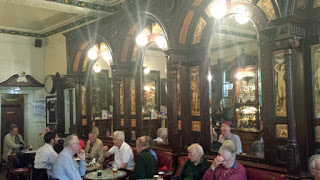 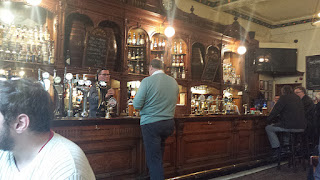 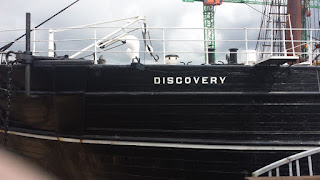 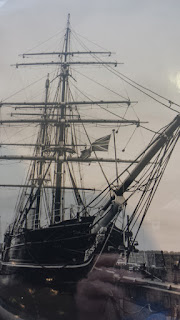 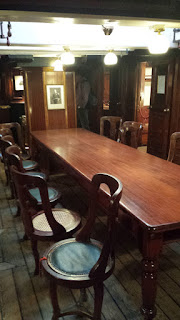 Dundee, home of The Discovery where it was constructed. The ward room. Lost my glasses in the car  park. A kind stranger overheard our enquiries at reception. 'I've seen those,' he said and took us right to them. 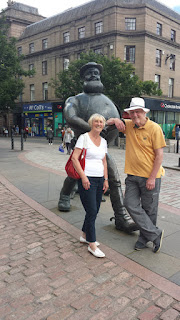 Also home to The Dandy comic.

The Tay Bridge. The pillars of the previous one can still be seen. 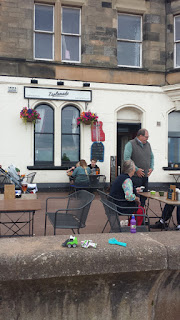 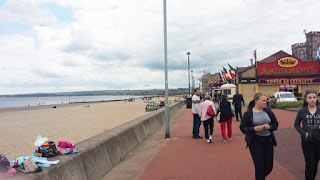 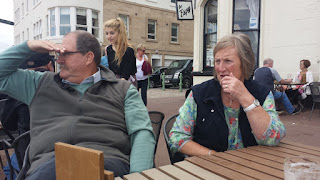 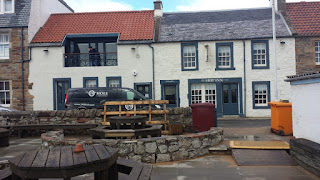 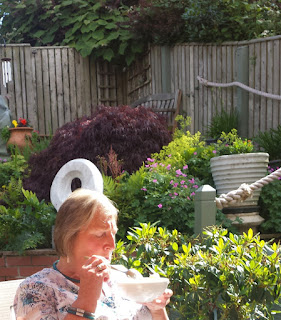 Email ThisBlogThis!Share to TwitterShare to FacebookShare to Pinterest
Labels: away days, edinburgh, holgate's