Away to Fleetwood for Andrew's birthday weekend 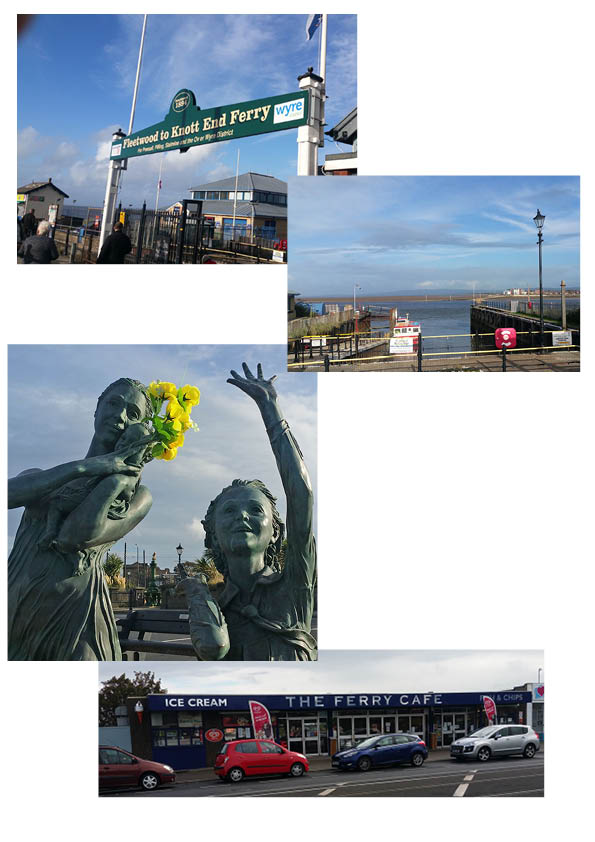 The ferry district at Fleetwood is a little poignant for me - that's why I booked a caravan here for Andrew's birthday. It used to be a car ferry I think to cut out the drive down the Wyre river. Now, two or three pedestrians only, every half an hour. Knott End is a great name - I've actually been.
There are several fishermen and trawler memorials. This is a family welcoming their menfolk home or saying goodbye.
The Ferry Cafe is the biggest place for breakfast in the world. Several years ago I came here with Andrew and Fern, our labrador or retriever, I forget. We went in the cafe and the lady behind the counter said, "Here's two breakfasts." It's cheap and cheerful, if not high quality, with a great view over the Wyre. 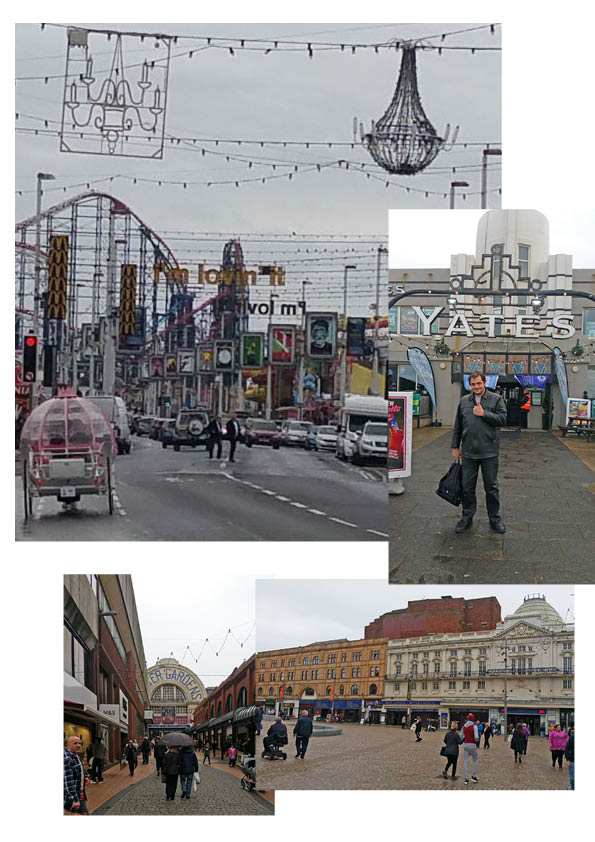 We caught the daily Blackpool coach from the bus station one year - Andrew and I. I got him one of those wrist bands at the Pleasure Beach and kept him moving all day. Twice on the Pepsimax and at least once on everything else. I got double the value and him knackered.
Yates is a family tradition. Granny Addy from Whitestone Lane, Hillhouse, used to go on day trips and pop in for a sherry. They served it out of big barrels stored behind the bar. Older Brother and I went every year for about four/five years as part of attending the BARLA cup final - I was the medic and not too competent. A physician is not a sports specialist like they have today thankfully. That version of Yates was burned down 8 years ago and they rebuilt it in 2013 nearer the front. The older one had signposts to tell you where to queue for which drink. Even the champagne was on draught. It had a reputation for being rough. We never did work out why Granny went there - she was the widow of a bloke who was in the temperance movement. Maybe that was it - Yates was founded on the premiss that 'moderation is true temperance'. We went to the newest one near the South Shore and lively with 'hen' parties which I must say are a tad undignified. We watched Town get a football lesson.
Clic here for Yates wiki entry
Back in the 90s I'm guessing, New Mill Male Voice Choir did a gig at the Winter Gardens, when Len Williams was MD. For women's rotary or some such. Derek, one of our tenors, was married to the 'queen bee'. We actually did two - the other one was at Scarborough Spa. I mentioned it recently to Chris Dempster, one of our current tenors. It was his first concert and he wasn't word perfect. They only had cameras and a big screen which kept looking at him. It's an experience, singing to 3000 women. The Scarborough concert was a disaster - the piano was too far away from the baritones. We enjoyed the cliff lift at the end. 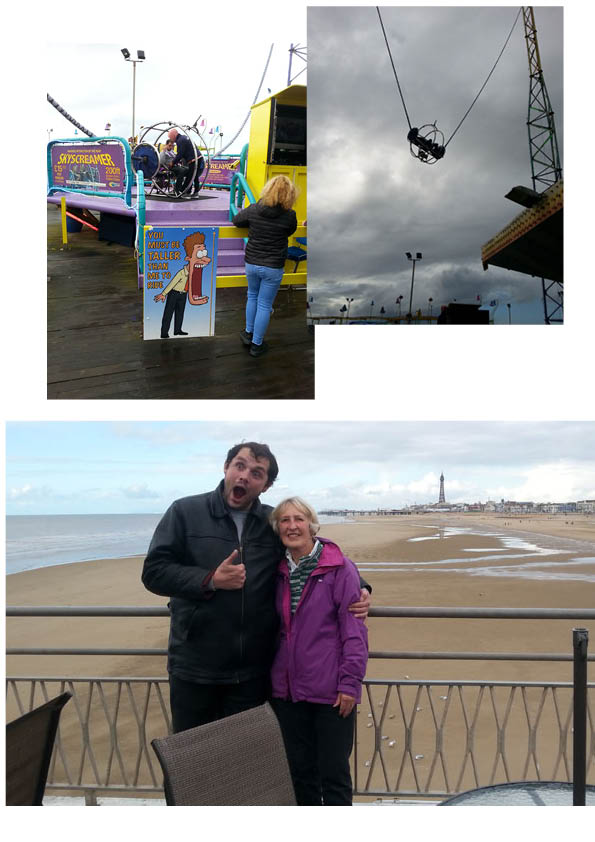 Andrew had to go on something, between pints.