Anyone catch this edition?

My pick was Michael Mosley, a medic who has just turned 60. Things I didn't know (it's a very long list):
(1) Measure the waist - it should be less than half the height. Nasty fat lurks in here.
Go for the six pack, I should coco, but there might be something in this.
(2) Eat more nuts - part of the Mediterranean diet (fruit, veg, plus eggs, nuts, oily fish, olive oil. Less likely to die from heart attack or develop diabetes and dementia.
You just get to die of something else. My favourite meal is bacon and eggs - then fish and chips. You look at the fancy food in magazines and you buy a load of stuff you are never going to use again at not inconsiderable prices.
(3) Fast weight loss can be okay.
On the whole I'd rather be in the Mute Swan at Hampton Court. 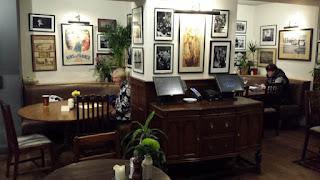 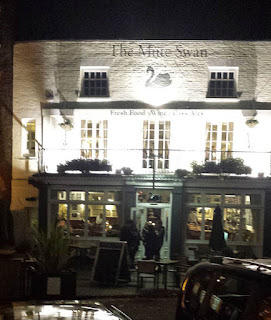 (4) Use high intensity training. Ten sets of six-seconds sprints with one minute rest on an exercise bike against resistance which can be ramped up as you get better at it.
New one on me - I've read a lot and it's been mostly on slower longer regimes. But why not?
(5) He also recommends mindfulness sessions which are a form of meditation.
I think all of us have heard of or have had a go at this. The idea is to reduce stress, so good for both mental and physical health. I struggle to find the time to do it - stupid really. I do sit looking out the window with my moka coffee quite a lot. Does that qualify?
It's about giving oneself permission to take time out at a regular moment in the day - minutes or longer. Joining a group could help maybe. It's a shared commitment. I'm the last person to join anything - I always meet someone who is far too good. I've lived in the bottom of a scrum all my life, amongst the muck and bullets. I take a perverse pride in being a grumpy old sod.

BUT, I've been in a pilates group for three and a half years. Admittedly the coffee afterwards with Greg and Bob, Derren and Nick, is part of the draw. Anne Little, our teacher, has recently started relaxation and meditation at the Carlisle Institute, Meltham. I've signed up amazingly, to help get it going of course and it is a course for six weeks. Anne's main claim to fame is Zumba and you can contact her with a clic here. You would not catch me at that in a month of Sundays. 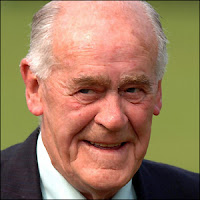 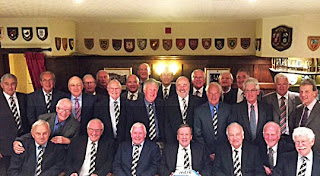 Here are some more grumpy old sods. Brian was my hero, and still is. I met him twice, two pleasures. He was in his pomp when we were at school - Huddersfield New College. He gave us permission to be talented and speak our minds and not to worry too much about any fall out. Then there are the College rugby union team survivors. Alan Roberts organises us to meet at Lockwood Park, every two years. The team started in the 50s, run by Ron Capper, and died in the 70s when New College became a Sixth Form. 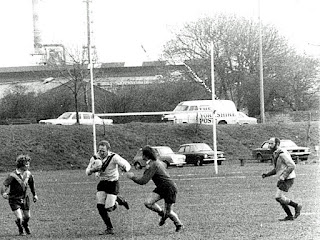 I've just received the ball from first man Dave Tyrell.
A great ball player and fantastic grumpy old sod, and I mean old.
12 pints was his dose after the game.