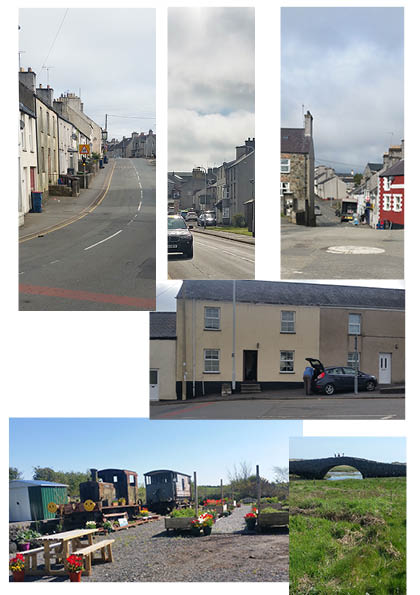 We've always steered well clear of Anglesey. Studying and working in Liverpool and S. Wales with a variety of medical welshmen (1966-78), Anglesey and N. Wales assumed the mantle of holy places. Where only the pure and true welsh lived. Speaking in tongues. Sadly, there have been more than a few examples of deliberate use of the language to exclude non-believers. Henry Jones, my boss in Cardiff, was from Anglesey and not one of those - a gentle quiet man who spoke fondly of all things Welsh in English, even when talking to an excluder in my presence. Odd when the conversation was half and half, Welsh and English. He took me and the childbride to Portmeirion one year to deliver a lecture on my MD research. We survived.
So quite a trip down to Llandudno and beyond, to join older brother and Hazel in a small cottage, part-owned by my neice. Memories of walking in Snowdonia, for example the national 3 peaks (Snowden, Scafell, Ben Nevis), singing in the pubs with New Mill MVC and a very brief drive and back across the Menai Bridge to say we'd done it. Recently the choir did a wedding job near Beaumaris and we had a great time. Anglesey appeared to be little different from anywhere else. They even spoke English. And so it proved again, even in deepest Anglesey - Llannerch-y-medd.
Two bedrooms in the village centre. McColl's supermarket where one staff member didn't know the weather - affectionately known as the doll from McColl. Two pubs, The Bull, a modern Man U spot and somewhere unpronounceable where two slurred guys thought we were funny in Welsh - the only example of a go at exclusion. As a lifelong provocateur, I styled us as the Liverpool lot in no.16. The cottage also doubled as the bus stop where the front steps were the queue.
We parked next to the railway. Though it no longer runs, we came across various incarnations of its journey from the main Holyhead line up to Amlwch, even out on the coast at Red Wharf Bay. The station yard at Llannerch-y-medd is a community garden, adjacent to a cafe which was platform 1.
The bridge at Aberffraw on the west coast is there because older brother likes it. On the A55 between Newborough and Rhosneigr. Picturesque estuary with bridge leading to the village. No monsters, though the cobblers that Steve talks about bridges is a monster right there. We walked across and up to the pub in the village - a spot for a drink and a sit - worse places.
Our chronological first trip was to Amlwch, a port which used to export copper from the Parys mountain mine. This is now worked out, though older brother thinks there is another on the horizon, waiting for the copper price to climb. There is a walk around the mountain. It's not really a mountain, more of a massive hole with the ore mostly gone. Lots of colourful rocks - brown to gold and blues, reds and purples. 250th anniversary and the largest copper mine in the world in its day. Before the ore was discovered, the population was barely in the hundreds. After it soon rose to more than 7000. Families in one up one down. Average life span of a miner about 45 years. Hundreds of pubs as the local water was tainted from the mine and beer was safer. Two owners, London and Liverpool. Paid the miners in copper coin manufactured at the mine. So a truck shop. All information from the museum curator on the harbour wall at Amlwch. The highest point of the mountain hosted a ruined windmill, said to supplement the power generated by a steam engine. Not sure why. Beautiful day and stunning views over to Snowdonia. 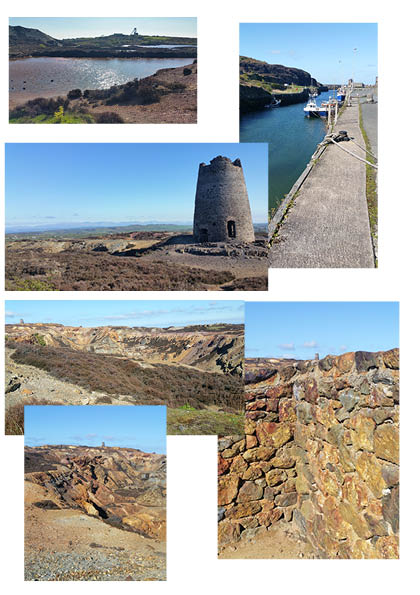 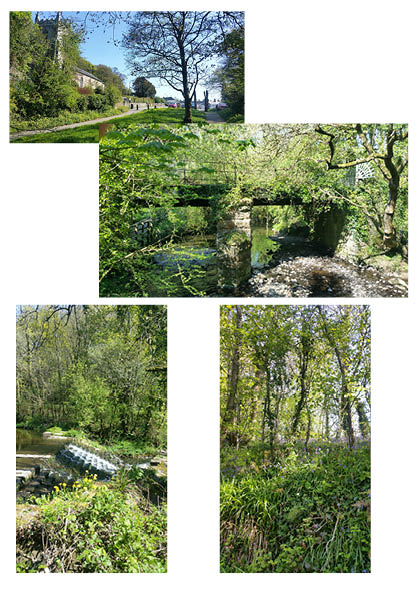 Lush green woodland and bog. Hence the need for a boardwalk. The old railway splits it into two. Supposedly red squirrel territory but I never saw one. A park ranger was on hand to give us information. Nice chap with that strange north wales english accent, as if he was not really comfortable speaking it. We'd just been to Asda which was full. Dingle was refreshing. 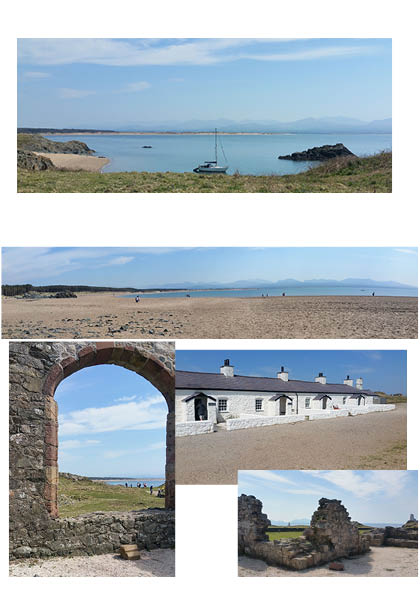 Popular Newborough in the south west. Several walks up the beach, but most families stayed near the car park. A ruined church which was the devoted to the patron saint for lovers. Unsurprisingly medieval tourists made the church very rich. Free ranging cattle and sheep, more great views of the straits and Snowdonia, and preserved 'pilot' cottages. A community of seamen and women in rowing boats who guided ships through the treacherous Caernafon waters to the safety of the harbour. 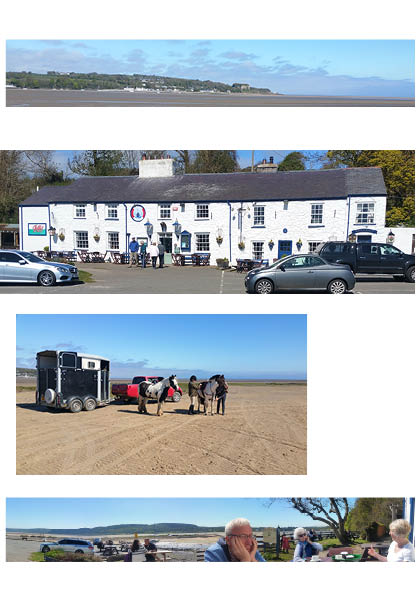 Red Wharf Bay is a favourite for many. We had coffee at the Ship. Overlooking a massive bay of sand and mud flat with the tide out. There was a rail branch down to here from the line up to Amlwch. The whole line continued with freight to 1993, passengers stopped with Beeching in 1963.

There are no pics of Moelfre where we had a day. Pleasant bay with lots of craft and in the distance several guys making a row on jet skis. Further still Snowdonia. I sat on the headland with the lifeboat station over to the left. The inshore boat came in and was winched up on to the top floor. Brand new sparkling red lifeboat name Kiwi after a guy who donated his fortune - over 2 million. Something about a rescue during the last war when a N Zealander survived being torpedoed. Another guy who was rescued and resuscitated, recovering very quickly, is their main fund-raiser.
So in the short time we were there we did a lot, and you have to drive. Most journeys from Llannerch were 30 minutes or so and we got a taste for the island. Lots of families enjoying seaside holidays which we were not expecting. Away from the coast is farming, not quite as neat as the mainland.
We rarely spend time together with Steve and Hazel, so valuable catch up time and reminiscing. Interesting that memories do not always coincide. Telling stories which involve others does need some agreement.
Yes, we would visit again.