Shallilo at Ladybower - inspired older people, a climb and a horrid descent 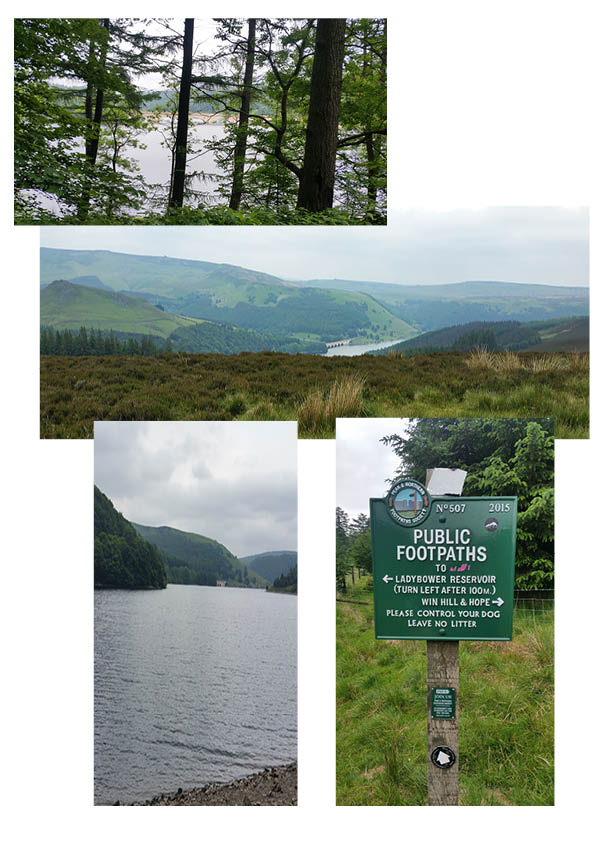 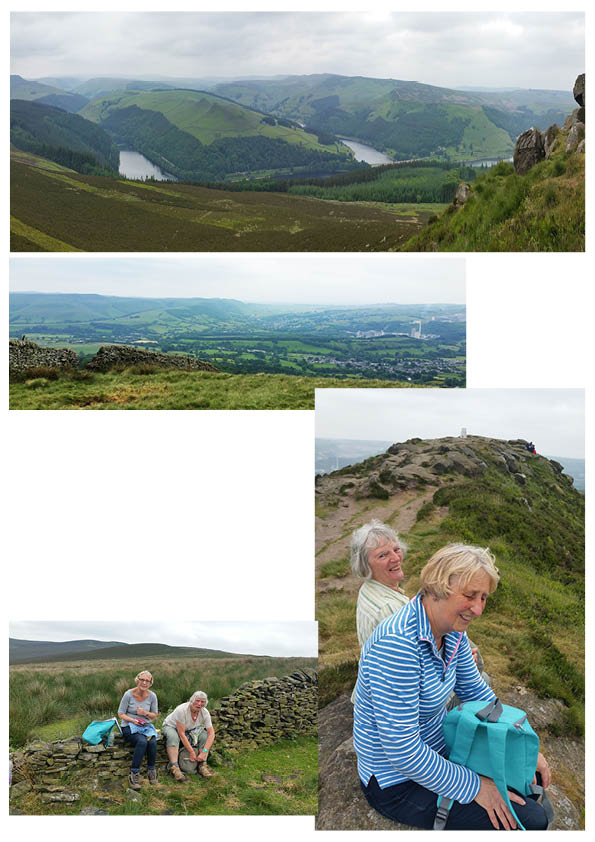 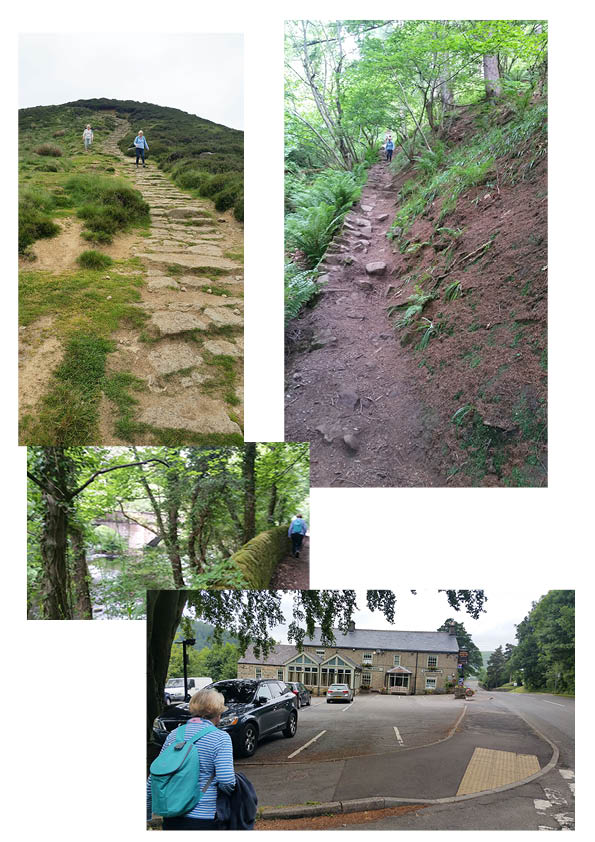 Excellent day out for shallilo, childbride and friend. The start and maybe half the walk was a water board road; like any other. Then mostly a mild challenging uphill, a level stroll with Hope on our right and the final assault. Horrid descent through attractive woodland, but underfoot were uneven stone blocks on which the childbride's friend, Judith, stumbled and fell. No after effects. No helicopters and ambulances. The Yorkshire Bridge and The Yorkshire Bridge Inn were waiting at the bottom.
Shallilo does inspired ageing yet again. We are still able to do a 6 mile walk and 1000ft ascent. Judith is nearly 75. Dicky knees which struggled downhill. But we all completed it.
Derbyshire is easily reached from Holmfirth, though some days there are lots of people about.. Saddleworth and Dovestones are only 25 minutes away. Eric and I have had many a trip into Derbyshire. The Goyt Valley. Kinder in the winter went 'white out' and we followed a stream off the hill. Fern, our golden retriever, was with us. She didn't seem bothered. Derbyshire has a reputation for sudden freak weather and we had plenty of gear. We also did the White Peak Walk which was a marathon - in aid of the Nolan Trust (clic here for more).
We once had a surreal walk around Hope (clic here for more). Rivers was a psychiatrist famous for treating Siegfried Sassoon and other soldiers from WW1 with shell shock. In this case it's a pseudonym for Eric who was also a psychiatrist. Dyce is my pseudonym. In 1999, when we did the 'WPW,' I was still a bit muddled after 5 years or so of difficulties. In 2016 when I revised the 'Hope' piece, I think I'd improved from that state. Only others could tell really. It sounds like an example of what Booker refers to, in his 7 Basic Plots as a 'Voyage and Return' story.
One way of making sense of stuff is telling and retelling stories. The retelling allows story revision in the light of further experiences and a more balanced view of the past, within the context of the life stage, in this case, the older person. Some would say this is rationalisation 'the action of attempting to explain or justify behaviour or an attitude with logical reasons, even if these are not appropriate', in other words, some form of self-deception. Others might say it is simply getting to know yourself better. Some of our stuff is comfortable, some of it isn't. It's how we live with and celebrate our stuff that can help us make some sense of it. 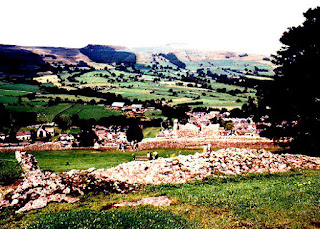 From Peveril Castle over to the rugby pitch 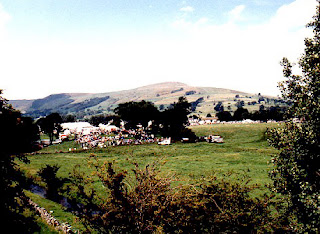 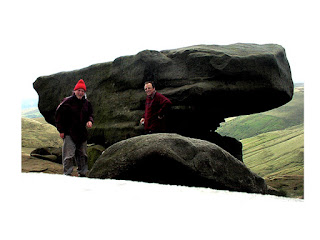 One of the well-known stones up on Derwent Edge next to Howden reservoir.