The Foreveryoung team take a break in historic York 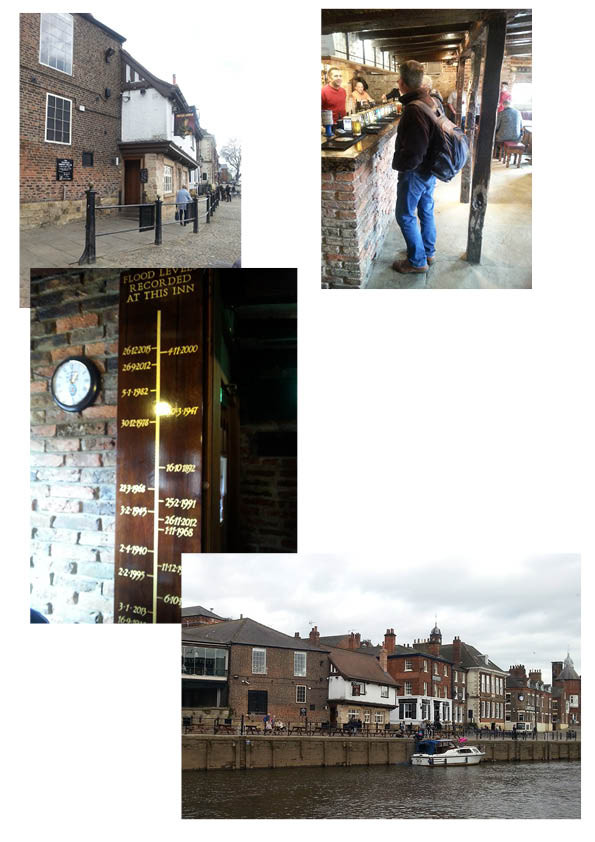 It's always a first quick walk to the Kings Arms, the famously flooded Sam Smith pub down on the Ouse. It was fine and cold so we braved a pint on the water's edge. Our Hotel, Yorvik House, wasn't far, a birthday present from Fourstripes himself - one night, comfortable and very helpful. 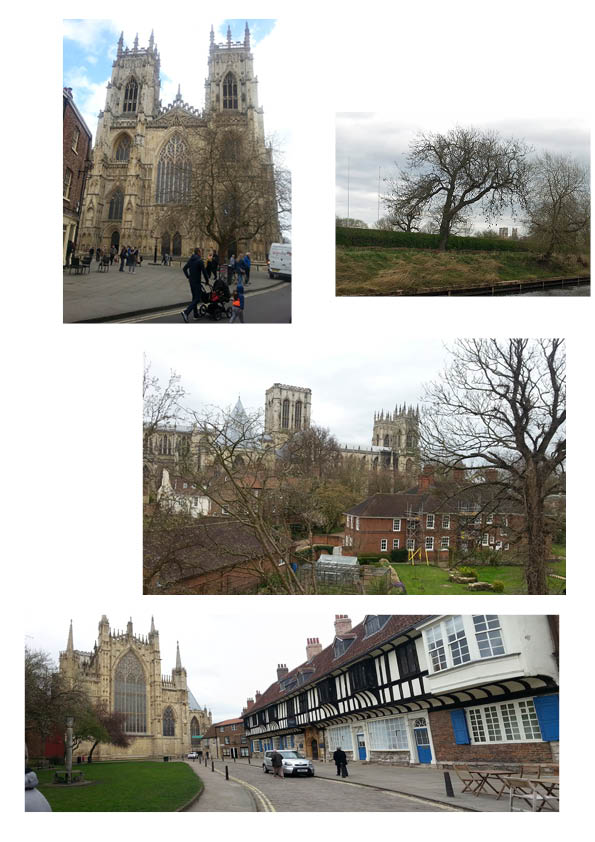 The Minster is a major attraction. We took a city tour on foot, our guide a guy who had been everywhere or so it seemed. Full of great information, though as usual we couldn't keep up with all the Kings and Queens. The Minster has history which can be found on Wiki. New Mill MVC sang here some years ago now - great experience and day out. On another day, Andrew took me up the tower which I managed somehow.
The bottom building is the chancery; something to do with housing young priests and money and getting them out of the way, but difficult to find the facts. 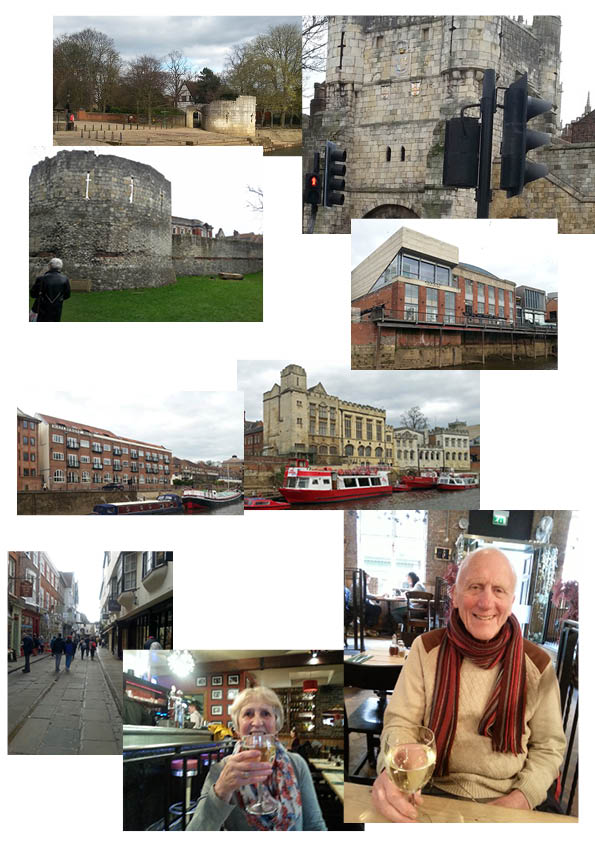 All the wall bits have names and events, too many for us to remember, though top right, Bootham Gate is the southern end of Dere St which ends in Corbridge, site of our recent visits to Newcastle and Hadrian's Wall. The river trip was chilly but enjoyable. The buildings are the Chronicle, The Guildhall and the Chocolate Warehouse (Rowntrees and Nestle) - now flats. The skipper told us of the rivers that drain into the Ouse and eventually the Humber. The city section of the Ouse was tidal until quite recent - but there is a lock just south nowadays similar to Teddington on the Thames which we discovered during our trip to Hampton Court.
The Derwent starts up north of Scarborough and has a sea cut just there to relieve whatever down near the Humber.
And thank goodness for the brilliant Oscar's in city centre where we always get lost. 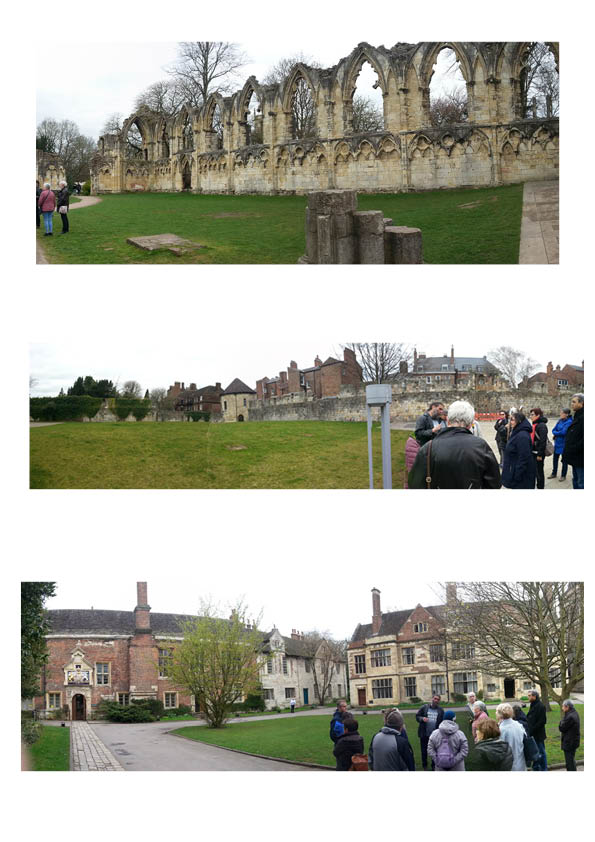 The Abbey was to do with Charles I. The middle picture is of a fortified wall around the Abbey. The Kings Manor was home to the Council of the North in the 1500s and 1600s. Once again bemused by the guide's information, but terrific at the time.