Shallilo back on the cut - one way to keep forever young 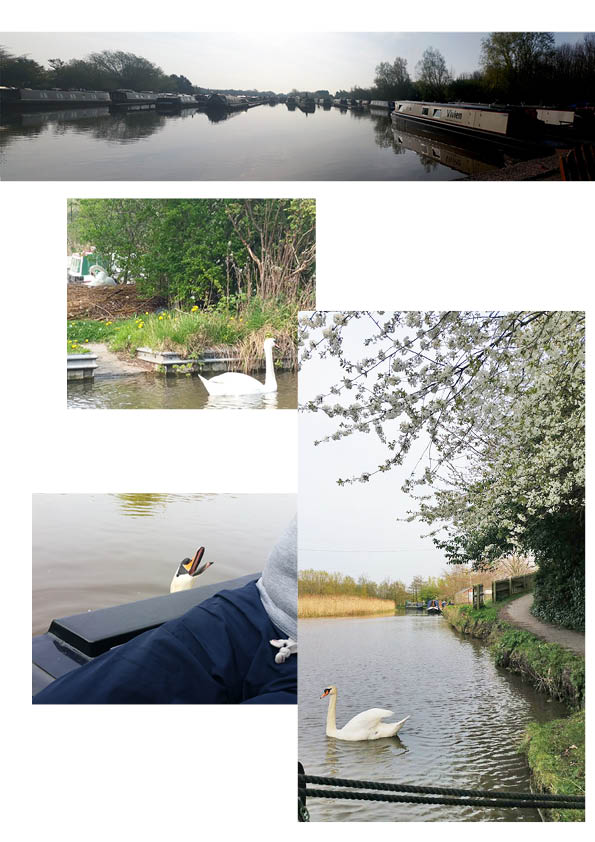 So, back on the cut. Uplands marina (Driftaway holidays) near Anderton and the famous boat lift. Vivien, one of three upmarket boats. This is the decor rather than the performance which was a tad stiff. Marylin and Audrey were the other two, completing a trio of film stars. We had photos of Gone with the Wind on our walls. Our boat starred in the Tim West and Prunella Scales canal series. We are not convinced they ever stayed overnight and one of the marina guys let it slip that their daughter was with them to look after Pro but never appeared on film.
Setting off was a trial in a vicious crosswind, but the guys helped us out. It hadn't died down on our return, so we parked outside on the Trent and Mersey and waited for support. In fact the wind blew us way off course trying to turn into marina's narrow tunnel entrance. A tad embarrassing, but no one seemed to mind. We had a short relationship with a male swan guarding his mate. No histrionics, just enjoyed being with us.
First night at Broken Cross. Some of the skills came back and no panics. 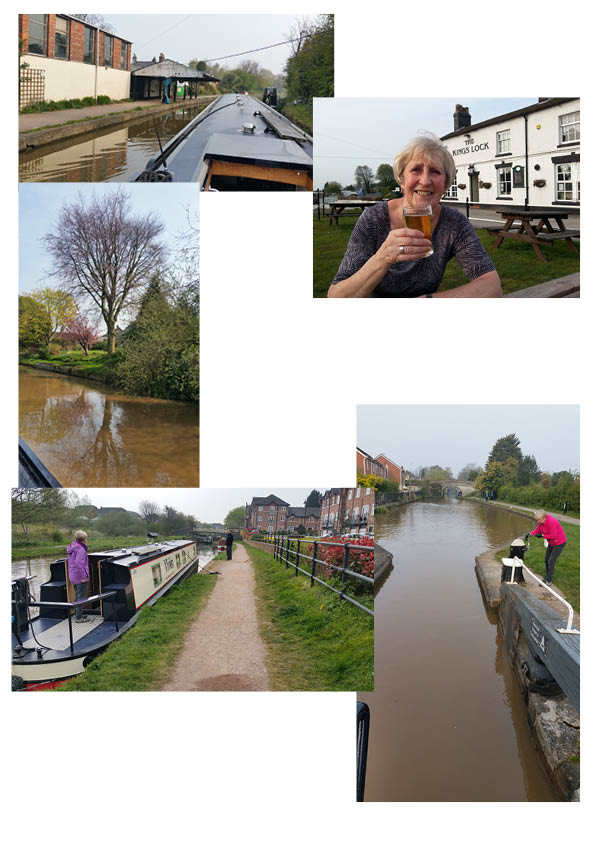 Crew member showing off some locking and drinking in Middlewich, where we parked out and back to and from the Shroppie. Rain through the locks, but other than queueing there were no problems. The steep right hand turn into Wardle was a breeze and nobody watching. The Middlewich arm of the Shroppie has only just reopened following 12 months closure whilst a major breach was repaired. Several smaller boat hirers went out of business, including our memorable stop for electrical help at this now abandoned company. 'Sandra', a trannie if ever, did us proud. Not often you see a female electrician on the cut, even if she was really a man. The boss served us with coffee and toast. Great guys. 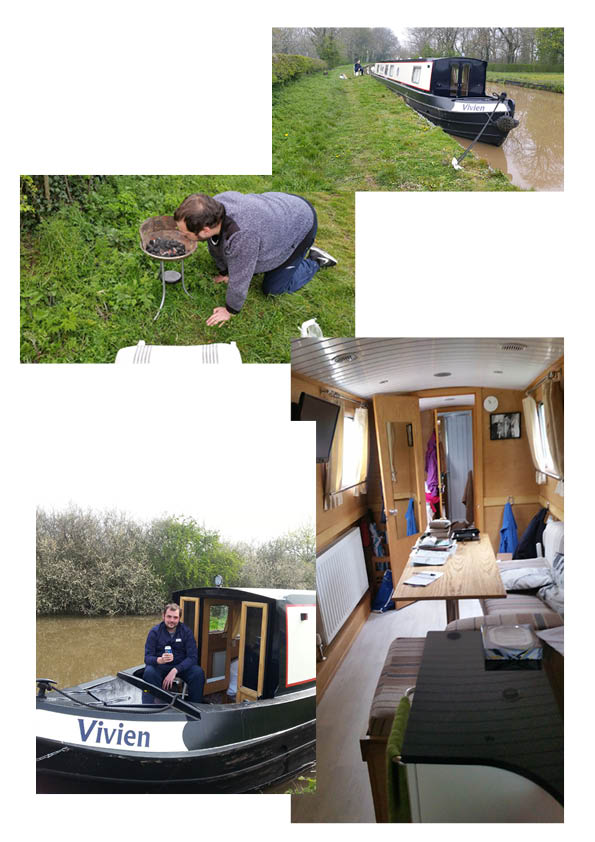 Another crew member showing us what he is good at. I learned blowing on the bbq coals from Big Dave, so passed it on. Nice rural mooring opposite Minshull, but no visit to the Badger this year. 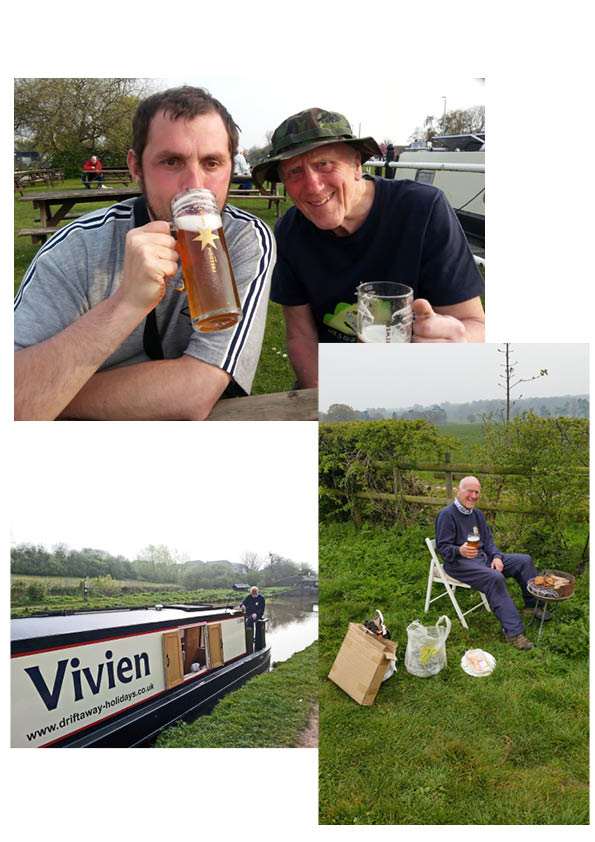 So to the skipper. Earned his pint this week without a doubt. Managed to rehearse all the skills except one:
living with being 'a hirer', bottom of the food chain
it doesn't steer itself
it doesn't go in straight lines
parallel parking
three or more point turns
mild bumps, usually at lock entrances
okay to throw coffee grounds in the cut
not getting away from the bank (poor push from the crew plus physics)
grounding - good pole skills from the crew
skirting low branches
leaving the hose attachment on the water point (don't tell Pete and thankfully retrieved)
canal rage from a live-aboard who didn't like my speed
not having a clue going backwards
a non-hirer asking me if I was stuck in a winding hole when I was waiting for him to pass
The one exception was missing the marina entrance in the wind.
It keeps you forever young. 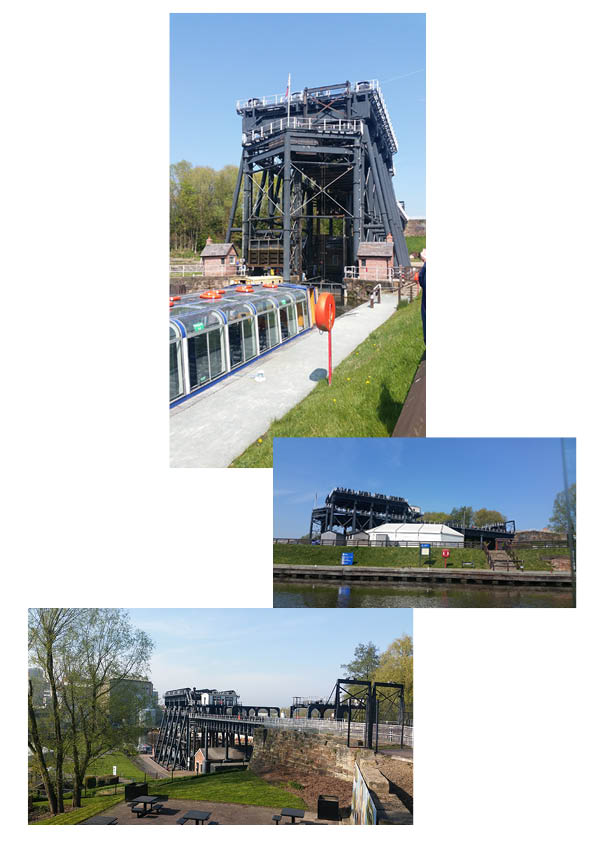 And don't forget the eighth wonder of the world - The Anderton boat lift from the Trent and Mersey down to the River Weaver. Salt transport. Built 1875, closed 1983, restored and reopened 2002. Came across a another more modern wonder in Big Lock, Middlewich. We descended in tandem with a hybrid boat. Cut his deisel use in half.
Short break, but enough especially with the crew drinking all the booze. Lots of people say it's a relaxing holiday. It isn't, but it is so different from normal it empties your brain.