It's our fifth time in Dublin and never fails to charm, though it is now mostly for the tourists, like ourselves. So, for the second time, we stayed in Malahide, 30 minutes away on the 'Dart' - the local train. Malahide is the home of the Irish Cricket team, has at least two splendid pubs (Gibney's and Duffy's) and a pleasant marina. The traffic, as everywhere else in the world, was nose-to-tail.
The hop-on-hop-off had a talented young girl student on the microphone. Lots of historical information. Reminded us on a couple of occasions that N. Ireland was a separate country. We were on the exposed top deck and got rained off in Phoenix Park, decanting to 'Nancy Hands' for a beer and lunch. Great traditional pub. Pete got off with the waitress. When we got back on, it was a tape and a not nearly as good. Veronica, our real guide, also confirmed the tourist thing. Kilmainham gaol has a three month waiting list for those booking on line. You take a punt if turning up on spec. She then finished us all off with her rendition of 'Molly Malone' - a wee tear was shed. 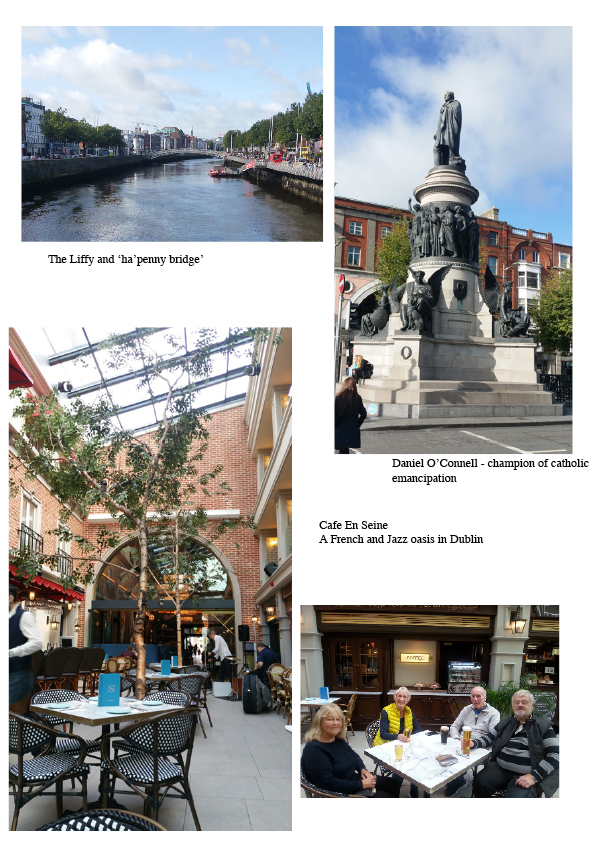 Our second time in the cafe, though we were too early for the band. Gabriel the waiter was super. Followed by a walk through the centre - Grafton St and performers. One girl sang Hallelujah. 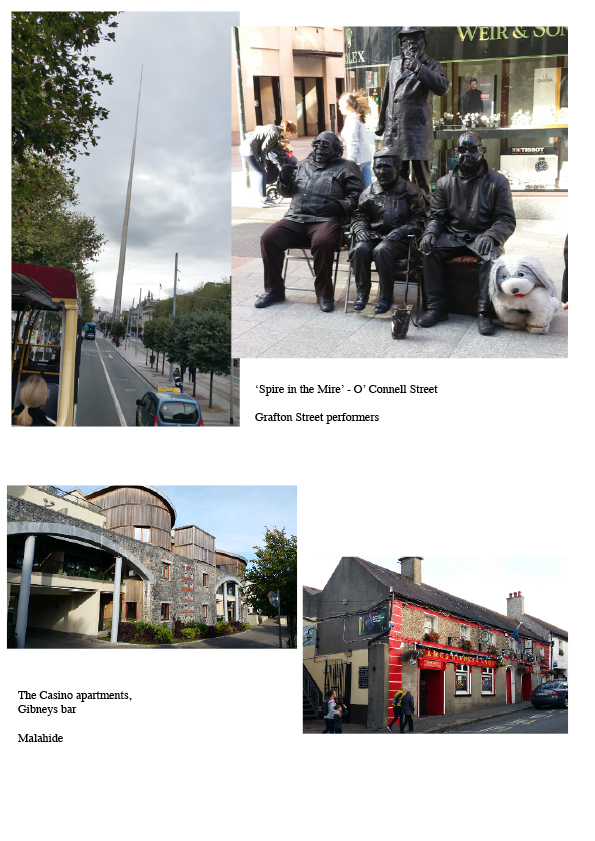 The apartment had all the trimmings apart from coat-hangers, oven gloves, a mossy mouldy balcony and only one gas burner on the stove. Great location so 8 out of 10.
We went to Gibney's for a rugby game last time we came - all the locals had their chairs reserved in front of the big screen. This time it was a second tier World Cup game which we watched over the bar. Pete pulled again - mine was better looking and more interesting. 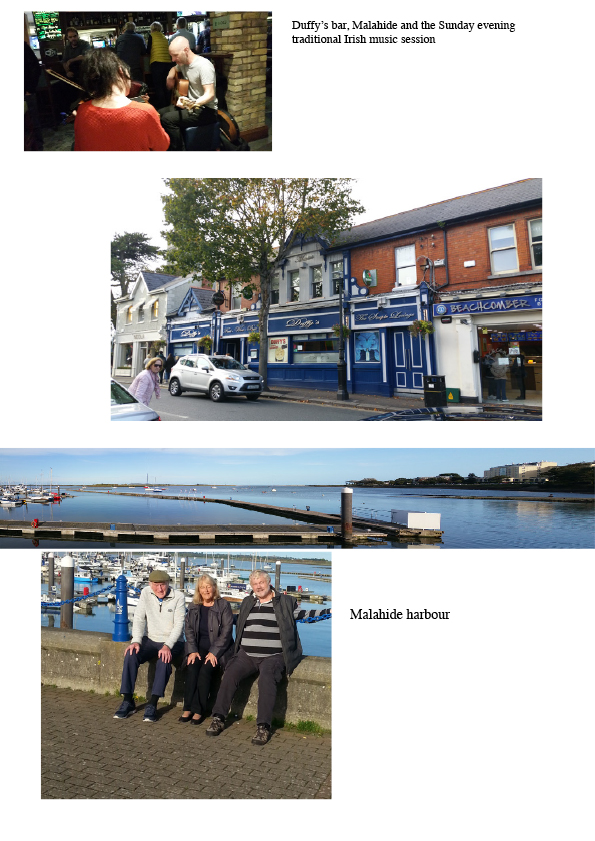 'Jiggin' was the band. A guitar, a banjo and a bodhran. They all sang. Reels and not surprisingly jigs. There were songs from guys in the audience who rocked up and said "can we?" And we all joined in the ones we knew. 'When will they ever learn?' - a Peter, Paul and Mary tune about climate change was clever. Great craic.
Did you know Ryanair will only give out boarding passes 48 hrs before departure? So if you miss, it's 50E fine. Thanks for the cybercafe on O'Connell St.
The trials of being a tourist.