So by the 1700s the dominant area for coffee cultivation and export was the Yemen and the port of Mocha. The Dutch E India company saw an opportunity in the expansion of demand for coffee. As the Ottoman authorities tried to restrict the trade, so Amsterdam developed plantations in Java, a Dutch colony. In 1711 Holland had a coffee exchange. By 1720, 90% coffee going through the exchange came from Java rather than Mocha. 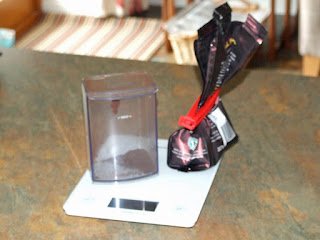 Coffee houses were alternative places to trade and meet outside universities, taking over from the taverns which were for intoxication. Around the Royal Exchange, there was a coffee house on every corner, specialising in areas of trade - Virginia, Baltic - or people's occupations - lawyers, stockbrokers, marine insurance. Gossip and information conferred a group and commercial advantage. For example Lloyds started their 'List' of shipping movements and coffee drinkers could get this information in advance of others. In the 1760s Johnathan's coffee house morphed into the Stock Exchange and Lloyds restricted its membership, becoming exclusive, in the 1780s.

Reading and writing grew in coffee houses. Dryden, Steele and Addison introduced periodical literature. Essays in a journal. There was satire, a sharpening of the wits and the whole standard of debate was raised. People were better informed and civil. The Tatler in 1709 and the Spectator in 1711 published the link between coffee houses and the periodicals. These publications thus gathered their news from the houses. For the first time people got to know stuff. Charles II tried to shut them down - how dare non-courtiers enter political debate about the country's future.


So arts, literature, politics and banking/insurance. Heady stuff as these heavyweights suggest in Wiki:

Johnathan's opened 1680. Posted prices of stocks and commodities - first systematic exchange of securities. Destroyed by fire 1748. Club of 150 brokers formed to trade stocks 1761, moving to their own building 1773 - New Johnathan's became the Stock Exchange and then London School of Economics.

Lloyd's List. One of the oldest continuously-running journals (1734-2013) and now digital. Shipping news.


Phew - goodness knows who else was involved - aristos no doubt - making their fortunes. Not for the likes of us.
I do like my breakfast coffees. As you can see I use weighing scales - sad or what?

Bringing us more up to date. Coffee (3) soon.
Posted by David Walker