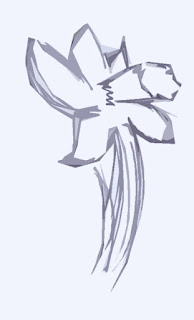 Big Dave, my pal from Linlithgow near Edinburgh is curating an anthology of events that have had a musical impact on individuals from Cadenza and the Edinburgh Bach Choir. I said I would do one. I could have chosen Abide with Me at Wembley or You'll Never Walk Alone at Anfield. I went for Myfanwy in my back garden.

One evening in 2014, sat in the garden, looking over to Cartworth Moor, I listened to Myfanwy. An episode in Radio4’s Soul Music series. A podcast during which guests talked about pieces of music that were important to their life story. The final contributor in Myfanwy told of his intended trip from S. Wales to Hereford via the Rhondda in October 1966. They stopped for breakfast and saw a mountain move. Houses and a school were in its path. Slurry and water crossed the road. They started digging. He found a hand, an arm and then a dead little girl. After 48 years he was still heartbroken and cried and so did I. The last line of the song goes, ‘So give me your hand, my sweet Myfanwy, For no more but to say "farewell".’


Myfanwy is a Welsh song of unrequited love. It is warm and melancholic and stirs up feelings of loss and grief. Loss of the Welsh landscape to coal-mining. Loss of many miners in pit explosions and in 1966 the loss of 28 adults and 116 children to an Aberfan spoil heap.

The song was a favourite with Ynysowen Male Voice Choir. Formed in 1966 the choir raised money for the Aberfan disaster fund. They sang at the 50th anniversary, 2016. The last entry on their website is 2018.

I joined New Mill Male Voice Choir in 1994 when my mother was dying. The MD, Len Williams, was a retired Welsh Opera tenor who taught us Myfanwy. A lot of music was emotional just then. Twenty years later it hit me again and it still does. Along with another favourite, Abide with Me, it is sad but more of a comfort nowadays.

It is thought that Joseph Parry composed the music to a poem by Richard Davies. Published in 1875.

Myfanwy is for everyone who has lost someone and it pretty much does it again in 2020.