The latest from the tadpoles. Swimming everywhere now, though I think there are less of them. 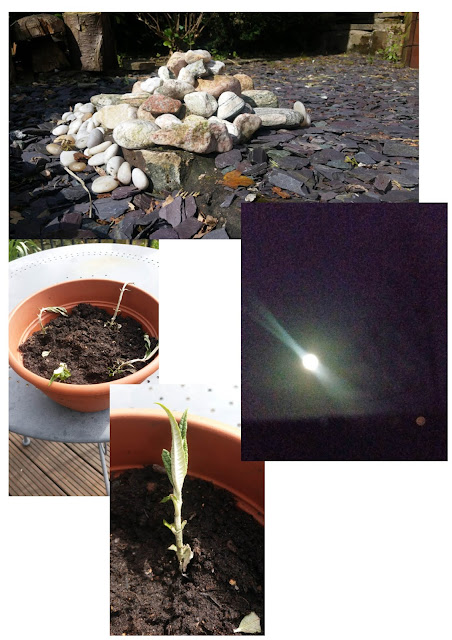 I have tried to take a buddleia cutting and despite 3 failures, I'm hopeful for a survivor. It can go in the garden and be a home for butterflies in due course.

The full moon, but not pink.

A pile of stones. Some say an aid to navigation. Others say it promotes extinction of certain species. These stones are from Glenelg just inland from Skye on the west coast of Scotland. If we all took stones there would be no beach. My only defence is there are only a few people up there and odd ones like us. I've spent several weeks up there, walking, doing some Munros - about 12. Last I heard there were 282. 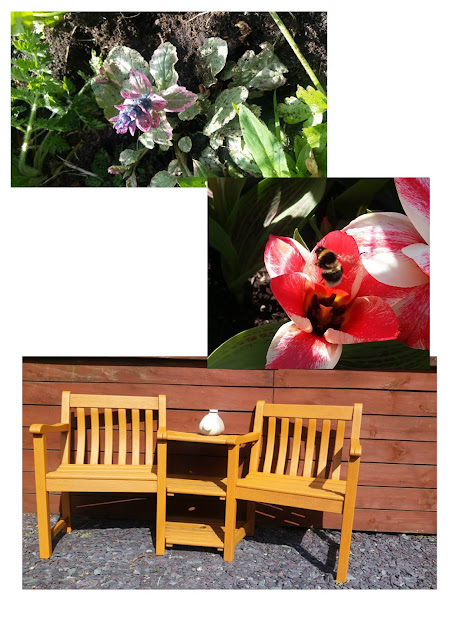 I tbink it's a weed, but nice colours.

A solitary large bee on tulips that have just come out.

Jack and Jill with a new coat of paint that's been left. I suspect it is not the original hue. The thought is that the pot hot water bottle is from Grannie Addy's of Whitestone Lane, Hillhouse. Someone correct me if I'm wrong. It's an heirloom that became a doorstop, until one of our builders dropped it and it broke into two pieces. Now it's a curiosity.

Grandson Jenson's birthday present to me. A briocastle. It's brilliant.

Tom, a bass from New Mill Choir, and I exchanged messages this week, in lieu of going to the pub. We both admit to certain advantages when it comes to the present crisis. He refers to his relatively normal 'isolation', writing and studying. For me it's definitely a lockdown - avoiding people.