I recently reported a scam attempt on Amazon Prime. We had to change the credit card - goodness me all the hassle trying to get stuff paid for that was previously automatic. And for heavens sakes what are all the passwords? Still, an opportunity to stop apps which I've been lazy about.

I have updated 90% of stuff - Amazon Prime funnily is the one sticking point because the childbride has an account and a password different to mine.
I still feel peculiar thinking about the scam attempt. I'm on the phone thinking 'this isn't right' and yet not doing anything about it - really weird adding money, asking where the Lloyds branch was and saying he was going to credit my account when he had already done it. The phone went on the blink and that was that. Phoned the bank. A very nice lady said "You've had a lucky escape." The credit card co. had been on my case the day before.
I keep checking my account - I still can't work out how we got into Lloyds when the credit card is from another company. Me being stupid.

We still have tadpoles.
The nursery up above Meltham, on the Marsden road has done us proud.
The recent wind played havoc with all the plants. Blew over one of my climbers behind the chairs.
The wildflowers are beginning to show, bedraggled.
Repaired. Tied down ready for the next lot. What happened to 5 o'clock? 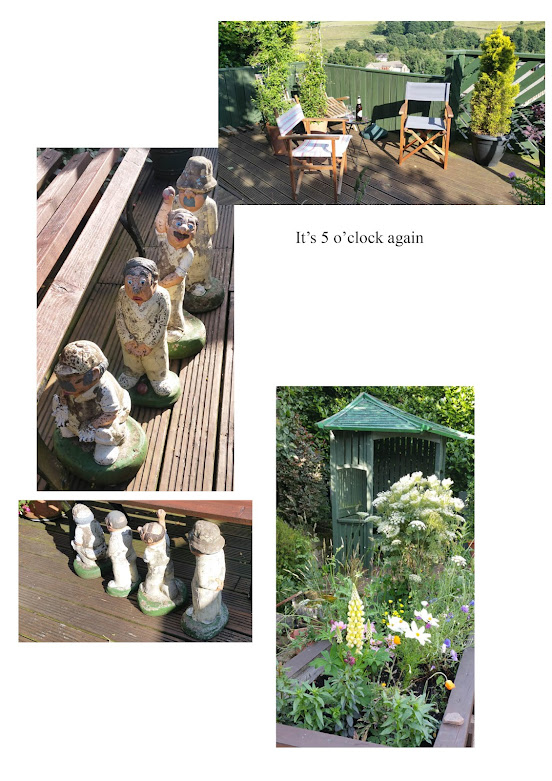 Investigating acrylic paint - could be a makeover soon.

I can't better Jenson's bridge - will he come and help me out this week? 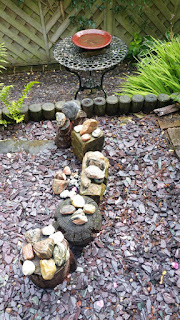 Nothing like a crisis to get some tough legislation through. Made great strides in WW2.
Ferguson, the naughty boy who ran away to his fancy lady, is back in favour if not on SAGE. Keeps popping up on Radio4. 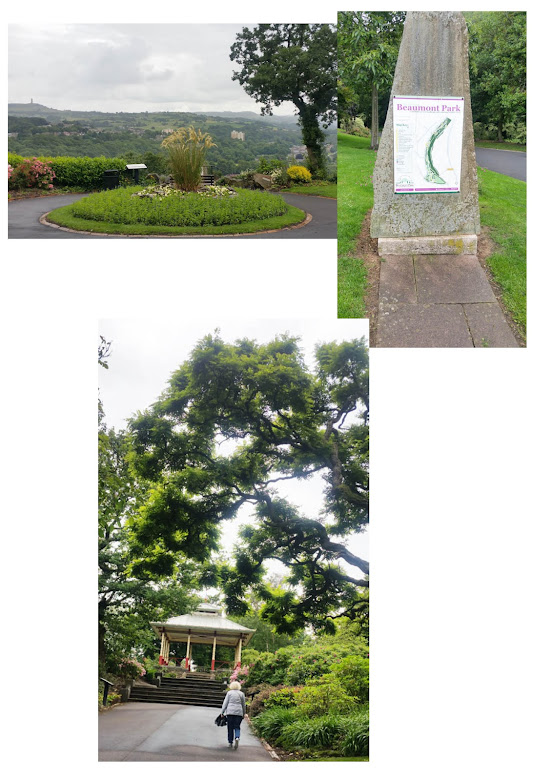 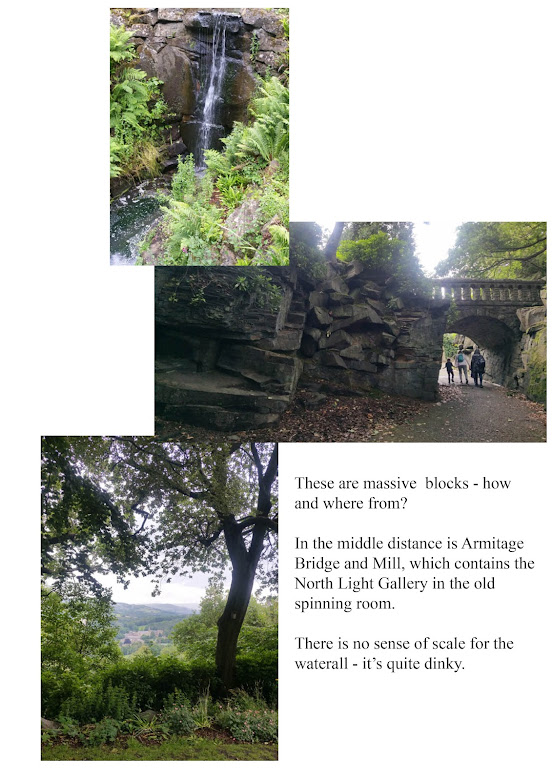 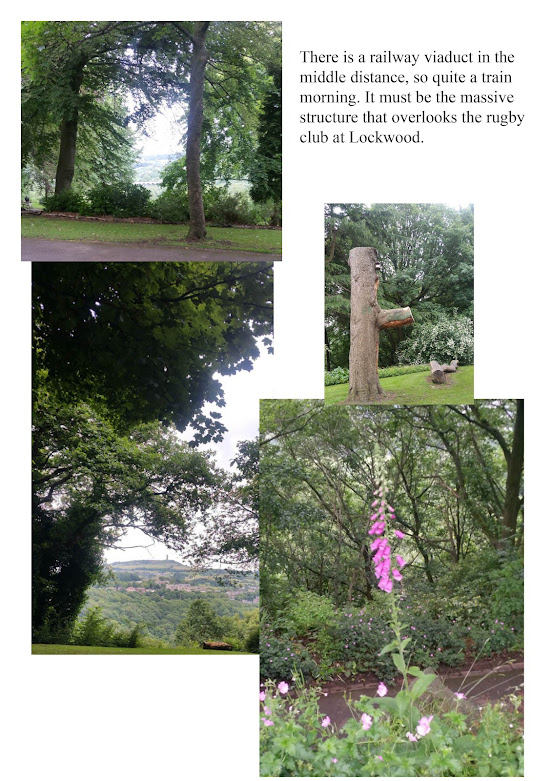 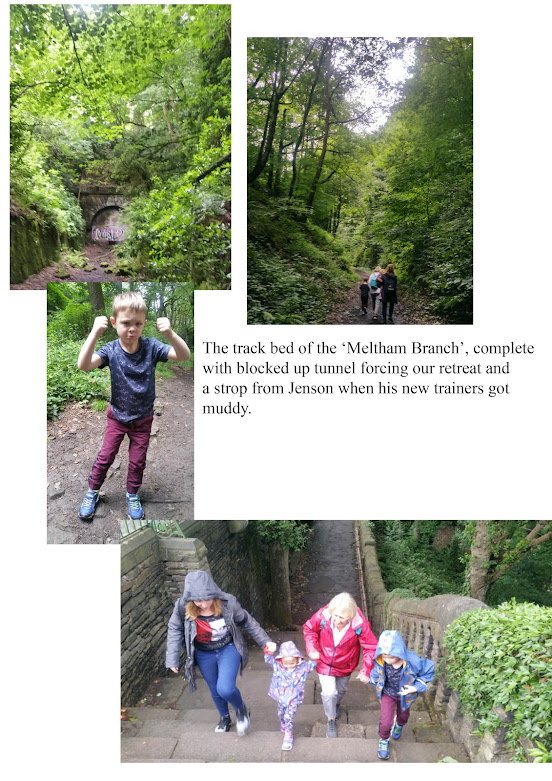 From Huddersfield Exposed - the conversion of the land into a public park took considerably longer than anticipated. By August 1883, the total cost was more than £18k - over 100 men were employed. [They would need them for those blocks]. The land was previously owned by Henry Beaumont.

The park was opened on 13 October 1883 by the youngest son of Queen Victoria, HRH Prince Leopold, Duke of Albany, and his wife Princess Helene, Duchess of Albany.
The park fell into decline after WW2. It has been well restored by the local authority and a group of volunteers.
The Meltham Branch of the Lancs & Yorks railway was opened to passenger traffic in 1869. Expensive and took 5 years to build with embankments and two tunnels - Netherton and Butternab. Closed to passengers in 1949 and finished finally in 1965.
So taking a long time and overrunning on cost is not new then. The line worked around the turnpike tolls - for the vested interests.
Posted by David Walker