The other grandad just got married - July 2.1 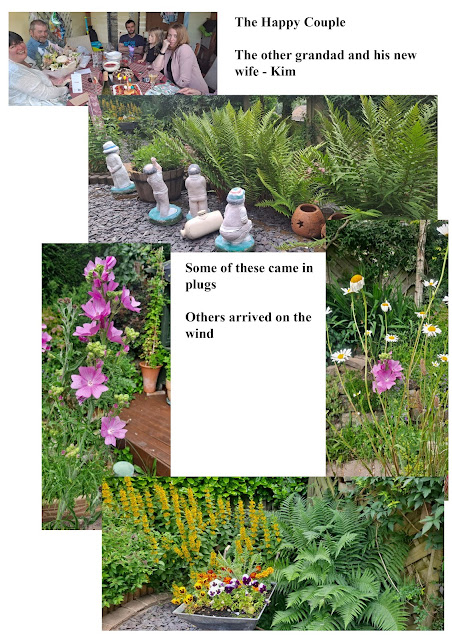 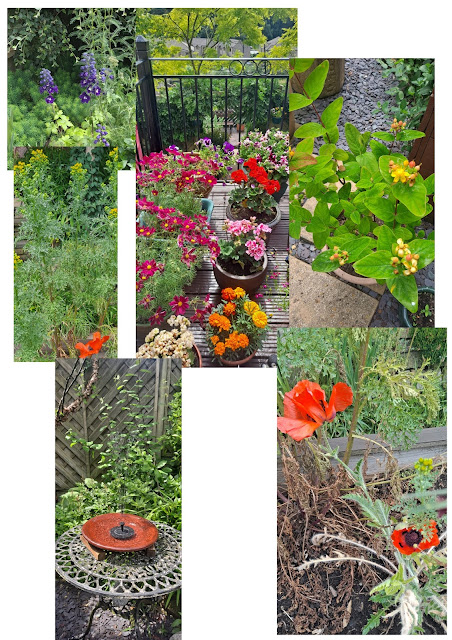 Lovely day with the happy couple. Tried some new recipes for the BBQ - mostly okay. They tied the knot this week at 315.
The cricketers have lost their direction. Have you already heard this somewhere? They need a new choreographer. The bedwarmer is an heirloom from the Addy's of Hillhouse (clic on link). I occasionally did a sleepover with guzunder at Granny Addy's. Soundtrack from the coal shutes across the road. Floodlit. Turned night into day.
Then one day a builder knocked it over and halved it's price. Thanks for gorilla.
Sad event in Aldi's. I'm next to an asian couple who are collecting breaded fish. Good looking bloke, neat trimmed beard, pyjamas. Wife must have been close to heat stroke. Chucking them in the trolley like no tomorrow. I didn't really care, but my sense of the ridiculous is no help sometimes. "There'll be none left," intended as a joke. The humour stayed behind the mask. They put some back and made a swift exit.
I am on PPP most mornings since our deck has been painted. Pigeon Poo Patrol.

Tony has a garden centre above Slaithwaite. Sells brilliant eggs. Three courgettes and tomatoes later, planted out, along with what we really went for - marigolds. Tomatoes not so good. Courgettes okay until a little leaf trim resulted in a sliced stem. So I watched out for a replacement.
Saturday morning down the greengrocer market in Holmfirth. A plant stall. "Have you any courgettes?" "It's my son's, but I'm sure we had one somewhere." Our first contact with Brenda. A slightly dotty elderly lady from Saddleworth. Delph actually, close to where we used to live in the late 70s. Found it hiding under sweet peas and now thriving.
I cannot recall how we got onto Yorkshire Day. "Did we know anyone who does drystone walling?" Brenda helps run an Aug 1st charity festival in Upper Mill. Brass bands and stalls etc. And presumably a wall. The childbride mentions Forget-me-not and they become related. "Yes we can do a kids tombola, any gazebos?" "No they are wet and mouldy." "Have you a card?" Brenda hunts around - it appears from somewhere in her bag.
The other Sheila (team Sheila) agrees, haggling with HQ about gazebos. It's booked. But other things more pressing from HQ and the childbride sadly has now cancelled, The new schedule includes Osset brewery which is a great day for me. But disappointment for Brenda.
All because I sliced a courgette stem from Tony. Great eggs - people drive from all over.
The table in Oxfam gets my vote again. The guy behind the screen says it's prudent not to interfere in selection or design. Carry on ladies. 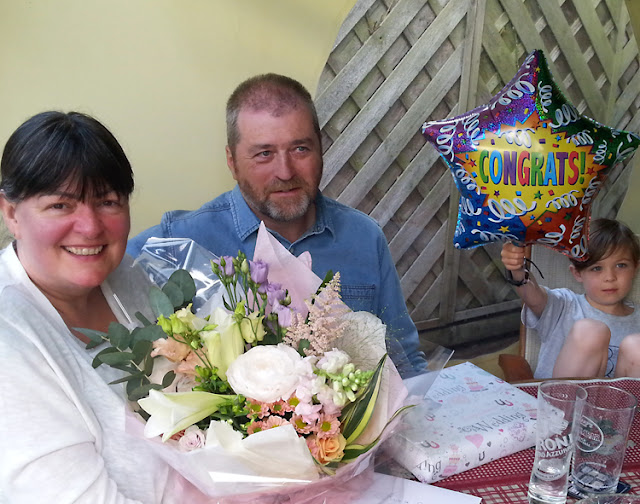