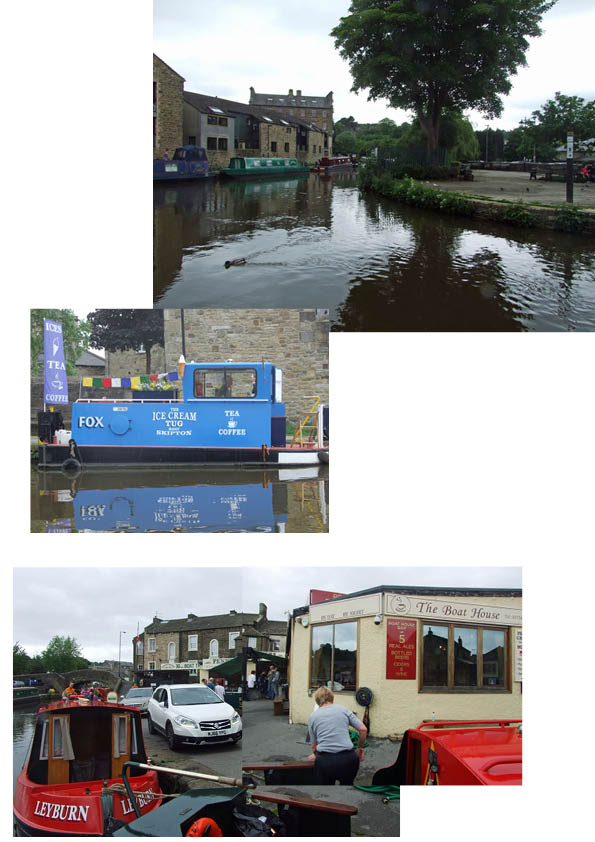 Skipton boatyard
Quite tricky getting the car down to the boat. We had two gos because we wanted to shop at Morrison's, only to be told that, within 100 yards of setting off, we could moor and just pop across the road. There was an extensive induction, and by the end, we had forgotten how he started. Nice lad. Basic boat and facilities. We wondered how much stuff is at risk of being stolen. No Blue. Several water leaks. Leisure battery needed a good five hours of engine daily. No fenders, so mooring could be noisy in the wind or when another boat passed. No safety pins for the pilings. We were given tuition at the first lock - doubles so possibly tricky going upstream as a single boat. Second lock ground paddles were totally different so we had to blag it anyway. Took me a day or so to remember how to do things.
The water level appeared to be quite a bit down and it was easy to ground within six feet of the bank. On one occasion we couldn't get off however hard I tried and the stern turned in the wind. We had to go with it and backtrack to the previous winding hole. Good job the cut was wide enough. As it happens we also grounded in the winding hole. The farmer was about, but ignored us.
Gargrave a great wee place. Good visitor moorings though difficult to find amongst the long termers. BBQ went well. Two days of bad weather. Turned round just beyond Salterforth. The Anchor is right by the cut but dark and expensive. 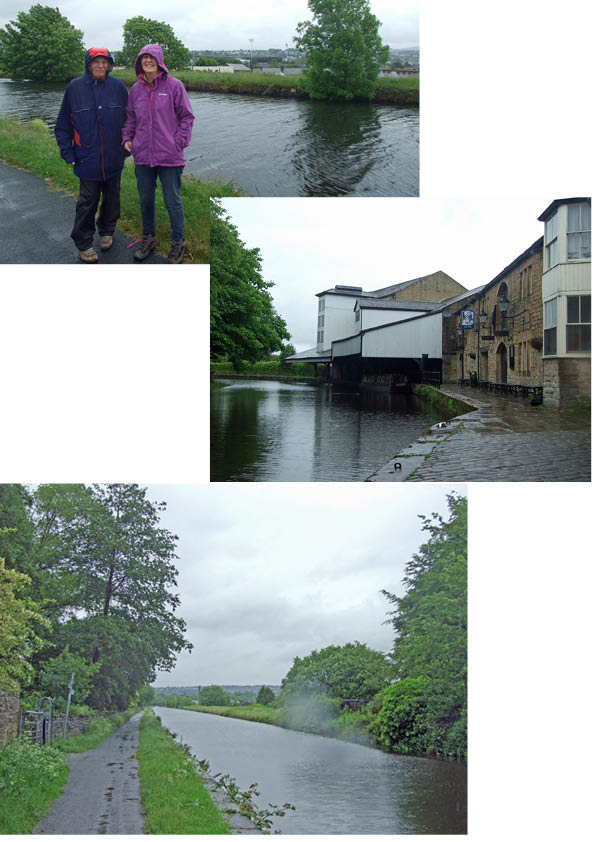 Burnley
Turf Moor, Burnley FC behind the girls. Burnley Wharf and the embankment, 60 ft up in the air and a straight mile long.
Monday, incessant rain, finished at Barnoldswick. Andrew went in search of a pub and failed twice. Leisure batteries flat as pancakes.
Tuesday, very windy, caught the bus to Burnley. Went to Burnley Wharf and The Inn on the Wharf and watched the London terrorist news which we had missed because there is no TV signal out in the wilds. We did listen to the radio a bit, but not the news. Nice lunch in Wetherspoon's.
Cruised in the afternoon in seriously windy conditions. Full revs. Other boats tried but had to moor. Trousers flapping - Sheila thought they might blow off. Never seen full waves on the cut before. Lockeepers great on the Newton flight. 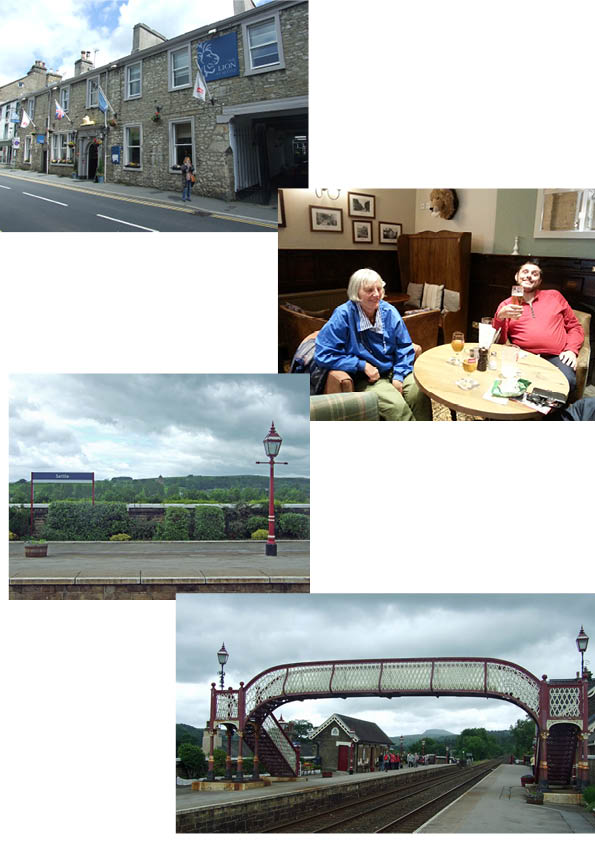 Settle
The White Lion and the station. Giggleswick school church and Ingleborough in the distance. Caught the bus from Gargrave. Good lunch at The White Lion where Pete, Geoff and myself have been several times, much to Andrew's annoyance. The picture of the school church is not brilliant, but it overlooks the cricket pitch where we played a Sunday game against the Cryptics, against an Oxford College OB side. We lost but not by much. Great venue. It's always nice to visit the station. 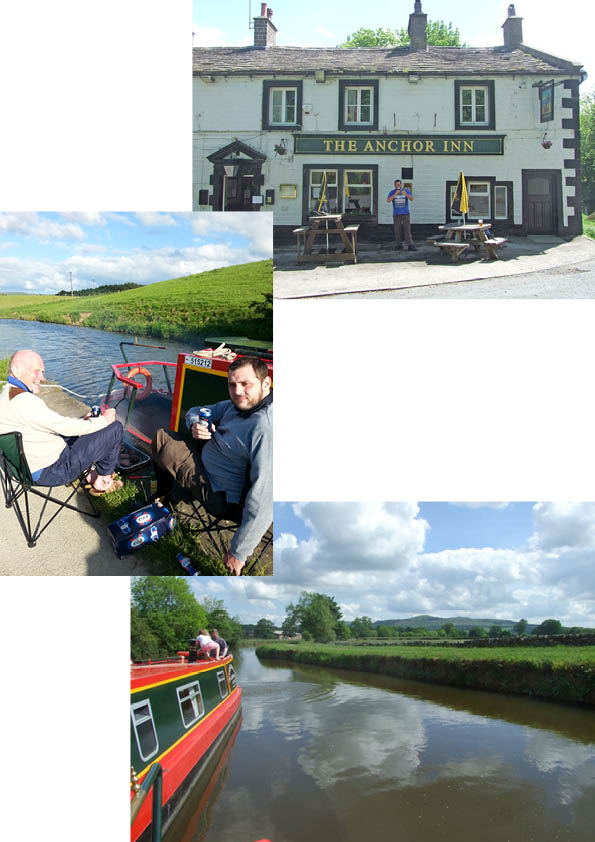 In the middle of nowhere

Overall, 8 out of 10. A bit of adventure. Amazing N Yorks scenery. Plenty to eat and drink.
Not in the same league as the Oxford.

Email ThisBlogThis!Share to TwitterShare to FacebookShare to Pinterest
Labels: away days, cruising on the canal