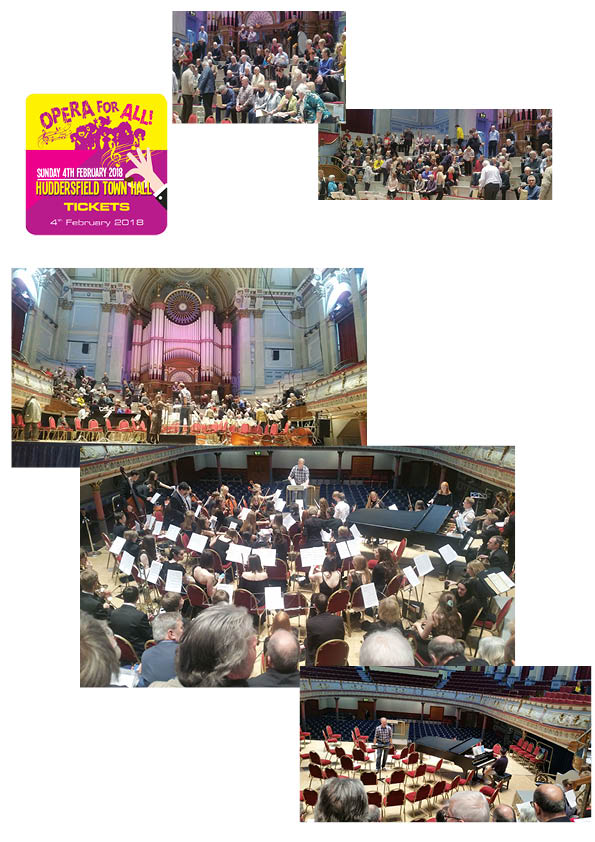 Opera for All, a day workshop for choristers, with Musica Youth Orchestra and soloists, Sarah Ogden and David Heathcote. The workshop was lead by Thom Meredith and pianist Christopher Pulleyn.
The choral programme was a tad verdiginous,
Thom and Chris were brilliant. Thom reminded us about breathing properly - for singing that is. I got into good habits about a year ago, but it's lapsed. Easy but, for me, requires conscious thought. I'll try and restart. The soloists were great. David has taught us at New Mill when Elizabeth was MD and Sarah is a regular guest. I can't think how to describe the orchestra - young, handsome, talented and superb as an ensemble. Thom again getting the best out of everyone. From Verdi to Wagner.
The three double bass players are in the corner, front left. From our seats they were foreshortened and seemed to overlap. I asked one of them in the interval whether they were playing each other's. He was taller than me. One of the horn players was short and juvenile. He is second in the back line on the right, hair only. He was also bigger than his instrument, just. The bassist said the diminutive hornist could play. The pianist was super smooth. Shiny black shoes, good looking, laid back. When not playing, he stretched out almost horizontal on one of the red chairs at the side, busy with mobile in hand. David Talboys, sat next to me, suggested he was on the phone to his agent.
The workshop must have been successful, as judged by our concert performance, because Thom and my childbride said so. Speed Your Journey, The Anvil Chorus and The Easter Hymn have all been part of New Mill's repertoire at one time or another. Speed Your Journey was introduced back in the Len Williams' days and became one of our favourites. It must have been because we performed it well, particularly when Len's wife, Catherine, got hold of the baton.
We actually got an anvil down at the university for a rendition of The Anvil Chorus. We also sang it, without accompaniment, on the stone-tiered seating surrounding the stage at the Roman amphitheatre in Verona, which doubles as the opera house. Unaccompanied, apart from the stage-set builders who played their version of the anvil with bars of scaffolding.
We sang The Easter Hymn at a Worrall MVC anniversary in Sheffield Cathedral. What a wonderful place to sing and we took the roof off. We are there again with Worrall on the 29th June.
So Brindisi and The Victory March were new to me and I didn't feel comfortable. You have to be the best you can be and I fell short on these two. Fortunately most of the choir were good enough, though the childbride did say the Aida was the weakest piece. I will download the words for the next workshop, so I'm not buried in the copy. 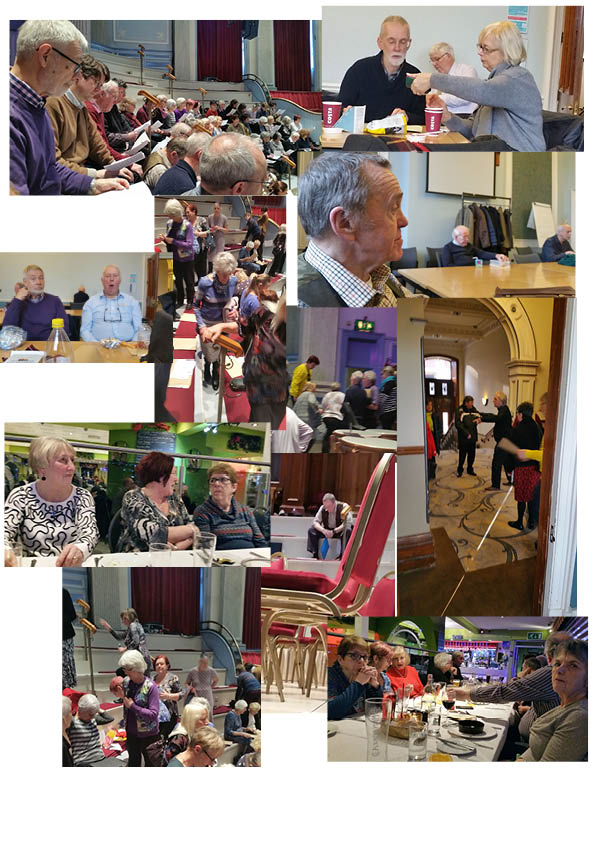 The afterglow was at Grappolo's.
So an excellent well-organised workshop even for non-lovers of opera. A good follow-up to The Armed Man and Do You Hear the People Sing, two previous workshops.
One last note. At the start of the workshop, I sat next to an elderly, older than me, tenor who was on pitch but wobbled a touch. "Thom's great," I said. "Yes, he's our MD," came the reply. "Who do you sing with?" "New Mill," I said. He turned and gave me the biggest smile. "That's great. You're going very well. Selwyn's a good singer." How about that, two compliments from a Colne Valley member.