Is Lent just the best time for the older person? 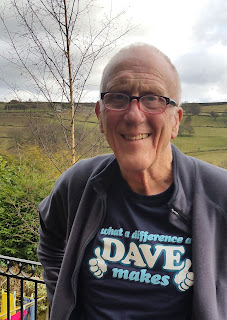 Most of the my previous posts about doing well as an older person have concentrated on exercise. There's more in the press this week too, but we've done it. Broadly speaking it's a good thing as long as it's regular.

Is it now time to explore the mental as well as the physical? I must add quickly that I am no expert though I've worked with intellectual decline in older people which sadly is no way to go. Articles in the press, quoting scientific studies, suggest that when the decline follows soon after retirement good things to do are keep connected with others and commit to an interest, ideally not the same as work. I suspect these suggestions may be useful because they help our emotional lives. In my day,
depression used to be mixed up a lot with dementia.
I'll keep an eye out for similar articles. Anything we can personally do can't be bad, but soduku and crosswords, whilst great, are not the whole answer. 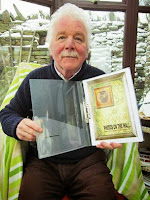 I know I'm not alone for wondering a lot, and wandering occasionally. Tom, a pal from choir, shared a wonder of his with me recently. Tenor Peter Kennedy was taken from us before his time and the choir were privileged to sing for him before he died and then at his funeral. Whilst singing Tom experienced the choir as something much more than performance, harmony and fellowship. He called it spiritual. He is a lapsed catholic and not prone to 'fanciness'. So a non-religious sense of wonder then. In the same vein, he recognised the church role in community. I agree, but was it more relevant in history? Tom is also an author of two World War books (a third soon we hope) and has applied to be a PhD student at our local university.


By accident Tom's personal experience resonated with Monsignor Roderick Strange - incidentally, a great name for a priest - writing about Lent in The Times. Whilst recognising penitence, he also asks us to explore prayer and service. Prayer as the appreciation of nature, music and art and service as generosity and thoughtfulness. Rod concludes that Lent gears us up for Easter, and so is a time to prepare for rebirth. Can we increase awareness of our own shortcomings and reach out to others?

What has all this to do with the life of a healthy older person? Guy Kelly, writing in The Telegraph, suggests Eric Idle's recipe - 'always look on the bright side of it'. He cites a Northwestern University of Chicago research paper which describes a sample of mentally well over-70s. It found that the common denominator was their personality profile - optimism, resilience, perseverance and an active lifestyle. The words tend to be abstract. Not enough doing words, like enjoying a drink. Guy uses practical examples of British still-working super-agers - writers, designers and artists. Continuing with something they've done all their lives. And super-agers are just that - busy, talented and highly motivated. Two great ones - Sir David Attenborough, in his 90s, and Don Manley, compiler of the Friday Telegraph crossword. In his 70s, he keeps young making them up rather than solving them. He also 'rambles, sings in a choir, reads to the blind, participates in school events and writes'. At least we can see what they are all doing.

What about the bricklayers and the piano-shifters and the rest of us? If we don't carry on working? We know about the exercise, but what else? There is a saying somewhere in the literature on change; what is going to stop, start or continue? It's a sort of guide to doing. But please don't use flip charts - they bring me out in a rash. For me it begins with personal stories, regularly retold in a book entitled What Went Well and a larger book on Areas for Improvement. Then a loose wish list followed by a reality check. I'd love to duet with Clapton in Over the Rainbow and Autumn Leaves on the Manchester Arena big stage. Well, me and Clive made do as guests wearing bowlers with Blue Ridge Mountains of Virginia in the bar at The Red Lea Hotel, Scarborough, to a rapturous audience of New Mill Choir members. For one night only.
It's time I stopped being grumpy. Here's the reality checklist. I learned on my father's knee and during those horrid teenage years I think, that happy smiling people who never have a harsh word for anyone have missed the point. I have a lot of genes for grumpy. Whilst Mum was a good person, like the childbride, Dad was a grumpy atheist and I couldn't say in public what older brother is, but it's grumpy. And it's kind of expected, by my children and friends. I'm in character. But stand back for the childbride who will have none of it. She suggested smiling at someone every day. It was like a new year's resolution and I fell at the first hurdle. Thursday, I was stoney-faced with two ladies at pilates and Friday I had an argument with a rude driver at the petrol station.

We began with the spirit. Something of great value which does not cast a shadow. Stretching and feeling the fear, or not. Awe and joy and tears. 'In the zone'. We must all wonder in our own way.
So I've not started anything, I've continued something and I'm slowing down on something else. I may be gradually getting the point that thoughtfulness, generosity and wonder are great ingredients for healthy ageing.

Like my exercise programme, it's work in progress. And it's not just for Lent.