The History of Coffee (1) 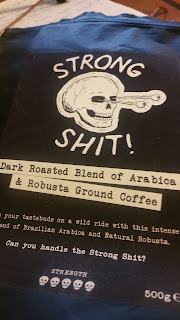 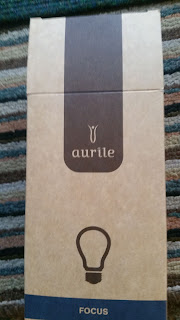 In Our Time, Melvin Bragg. Interesting and informative. Some highlights follow:

How was coffee discovered? Coffee started as a snack. 17th century legend has it that an Ethiopian goat-herder noticed his charges became frisky when they ate fresh berries from a certain bush. He noted the same effect. A monk came across the herder and tried them himself. He was amazed that he was able to stay awake all night and pray.

Mystic Suffi muslims took this on and made an infusion (including husks) as well as eating the berries. They were ordinary men who worked during the day. They used coffee as an aid to their devotions at night. Coffee made the dervishes whirl.

By the 16th century coffee was in the Ottoman empire (Turkey) and the Levant (Syria, Lebanon, Palestine). The port of Mocha (bottom of the Red Sea, Yemen) was vital. Coffee houses developed as places to talk and exchange ideas. As coffee was non-alcoholic (alcohol sends you to sleep) it became the drink also for work and making business deals.

Coffee subsequently slowly spread down the merchant and pilgrimage routes. Armenians (christians living in Turkey) introduced coffee into E Europe, Italy first, where oddly it was mostly drunk as a cure-all medicine. It was marketed as such in London and England.

In the 17th century, coffee became more widely available in N Europe as a result of trading with the Levant company - in the 1630s, Harvey of circulation fame had two brothers who were Levant merchants. In 1652, Pasqua Rosée, a servant of the Levant company, opened a shed for coffee so that his boss wouldn't have to entertain at home. He moved to a coffee house and within a decade there were over 80 such places. The Puritan government helped because coffee, whilst being addictive was non-alcoholic. Coffee houses grew to be places to meet and talk, for men, businesses, printers, merchants, lawyers - recognisable groups in specific parts of London. There was a long table to sit wherever a seat was available. Mingle and meet. Newspapers were provided along with printed material generally about what was going on. So sharing news and ideas in second half of 17th century. Charles II tried to shut some of them down as some of the new ideas were about him.


Friskiness, snake-oil, aid to religious devotion, a hub for men to develop business and new ideas, an alternative to alcohol. What's not to like?

I have two good cups (25gm + in half a litre) in a cafetière for breakfast. Maybe another around 11am but none after midday.

On Thursday morning I join 4-5 other men of a certain age in a coffee shop in Holmfirth. Some of us will have just completed an hour of pilates. Another two cups not quite as strong as breakfast. It's basically a sports catchup with Boris and Brexit for dessert. Telegraph crossword then over lunch. The real news is bad enough without reading all the press trivia, so I scan that quickly and move on.

Watch out for chapter 2.