Twelve months since Doris locked us all up - march 24.3 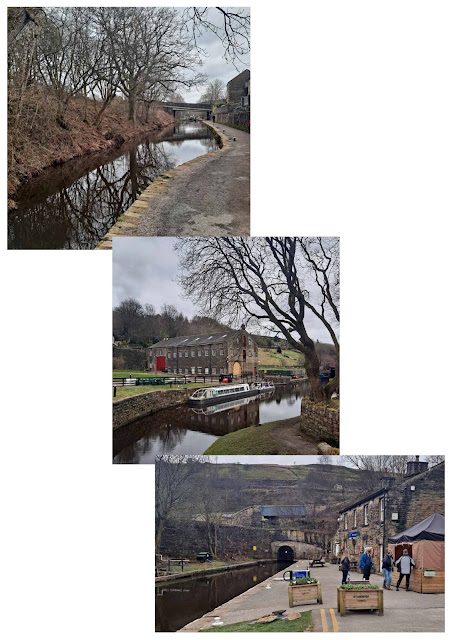 Marsden was busy, just a few coffee lovers at Tunnel end.
Garden Glimpse - spring not quite 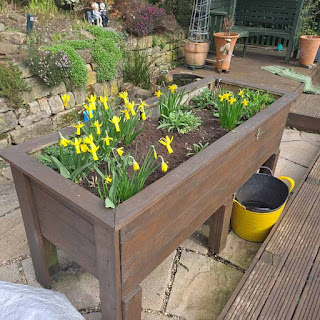 Dave's notebook
Lots of media coverage on a year since lockdown - mostly trying to embarrass ministers.
I've counted 53 weeks doing the blog. What does that say? One too many again of course.
Loads of time and no plan. Googling crossword puzzle answers and sitting with Mindful.
He's got a bit timid and pond-dives at the slightest provocation - deep Mindful.
Not waking up with the joys. No progress on garden and writing projects.
Megan's gone quiet - hope it stays that way.
The radio4 coverage is so serious, TV mostly celebrity reality quizzes and cooking and gardening and repairing and makeovers in general.
But Corin's semi was an exception. Hard or what? Missing vowels - Shakespeare a la Yoda (Winter of our discontent it is).
Thank whoever for Bill Bailey and Limboland. Not bad, all things considering.
If memory serves me, Cassie was in an RTA? Anyone expecting that?
I think I heard the new Line of Duty star in Brave. Don't know her name and Brave is a children's animation film with Billy Connolly as an oversized cartoon Scots clan chief. He's the voice obviously.
Silly. I try to solve too many crosswords. You also have to watch. Stay with two or three or you will get lost. 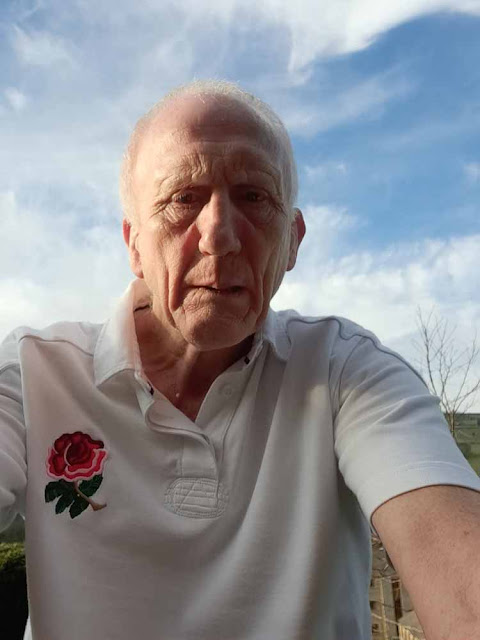 So what has happened to the rugby and the cricket?
It feels like I look. Just a tad past it. Soon to be 74 - 9th April. 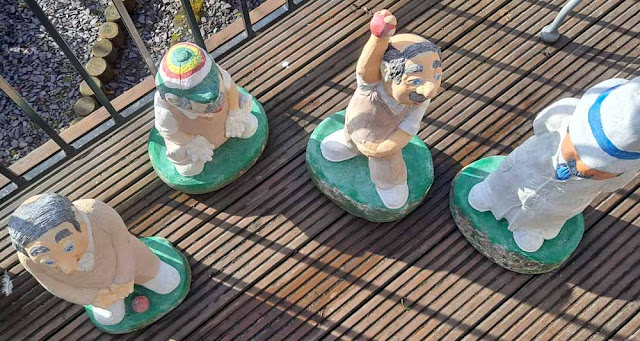 The antidote to everything - The Casuals immortalised in concrete.
Give us a ring if you don't understand any of the above. At least we can have a chat. I'll talk to anybody. Send me a card on my birthday.
Posted by David Walker