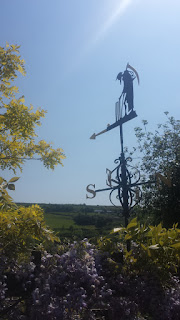 Or, in someone's back garden.
Thomas Lord (23 November 1755 – 13 January 1832) was an English professional cricketer who played first-class cricket from 1787 to 1802. He made a brief comeback, playing in one further match in 1815. Overall, Lord made 90 known appearances in first-class cricket. He was mostly associated with Middlesex and with Marylebone Cricket Club (MCC) as a ground staff bowler. 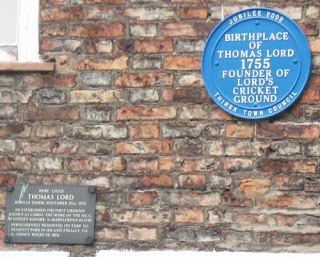 Lord is best remembered as the founder of Lord's Cricket Ground.

Touring Lord's - In 2011 we risked a weekend in London, taking in Lord's, handing in Peter Davies' and my anthology of West Yorkshire cricket, entitled 'It's not Lord's', to the librarian. Click touring if you are interested.


It's not Lord's click on here to read more about the book.